28 Weeks Later is a 2007 post-apocalyptic, science-fiction, horror film. It is also a sequel to 28 Days Later. The film was directed by Juan Carlos Fresnadillo, and was released in the United Kingdom and in the United States on May 11, 2007.

Set 28 weeks after the initial outbreak of the Rage virus from 28 Days Later. The film focus on England rebuilding society with the help of the U.S. military. Like the first film the sequel focuses on a small group banning together to survive, but unlike the original, the sequel is more action packed and has bigger set pieces.

Warning: this text contains details about the plot/ending of the film.
Don and his wife Alice are living alongside a group of survivors in a heavily reinforced cottage somewhere in Rage-infected Britain. They are eating a meal when a young boy is heard outside shouting and banging on the house. Against his better judgment, Don opens the door to let in the frightened child, who had escaped a horde of infected. The infected soon discover the hideout and break their way in, overwhelming the group quickly. Don is separated from his wife who was trying to rescue the child and instead of returning to help flees in terror down to a small river where a boat is waiting, Don narrowly escapes the infected and continues down river.

Over the course of 28 weeks, Britain is declared relatively safe again and an American NATO force begins repopulating the country, amongst them being Doyle, a wisecracking sniper; Flynn, a helicopter pilot and family man; and Scarlett, an army medical officer who is weary of two children, Tammy and her younger brother, Andy, who have just arrived by plane with other British expatriates. Scarlett is frustrated to learn that her superiors did not inform her when minors will be living in the militarized zone of London, and when she does a checkup on Andy she notices that he has heterochromia (having two different-colored irises), a trait he inherited from his mother.

Andy and Tammy are moved into District 1, a fully-functional section of London proper, located in the Docklands area known as the Isle of Dogs. They are reunited with their father, who turns out to be Don from the beginning of the film, now head caretaker of the district. At their new penthouse apartment, Don recounts his escape to a quarantine camp and the apparent fate of their mother, while leaving out certain details making it seem that he could do nothing about it. The next day, the two children slip out of the safety zone and return home to collect some personal affects, where they discover their mother, Alice, is very much alive. Andy and Tammy are soon recaptured, and Alice is processed. A blood test reveals that she is infected but immune to the virus, suggesting that her genes repel the Rage virus' symptoms, but makes her a carrier, as evidenced by her bloodshot eyes. This puzzles Scarlett who then tries to argue the fact that they may be able to create a cure for the virus through her blood.

Don learns about his wife and visits his children, who are being detained. He then makes his way to where his wife is being held (with the use of his all-access key card) and unguarded. Don cries and begs his wife for forgiveness. He then kisses her, but the Rage in Alice's saliva infects Don through the kiss. After killing Alice in his viral rage, Don breaks into District 1, attacking soldiers and infecting the population. A code red is ordered, and Scarlett rescues Tammy and Andy from containment due to their importance of perhaps carrying their mother's immunity to the virus. The group flees together as chaos spreads to the open streets. Doyle and the soldiers are first issued an order to take out as many of the infected as possible, then after the chaos spreads out of control, the soldiers are ordered to take out any living being. Doyle leaves his position and escapes with Scarlett and the children, dodging harm as District 1 is incinerated by napalm.

Stopping at the abandoned remains of Regent's Park, Scarlett informs Doyle that the key to curing infection may be in the children, and they agree that the children's lives are more valuable than their own. Flynn arrives by helicopter to pick up Doyle, but is quite adamant about taking no one else. A large horde of infected which survived the firebombing arrive and give chase, forcing the group to flee. Flynn then flies away, assigning Wembley Stadium as the new rendezvous point.

The group enters a car to escape the infected and the clouds of poisonous gas venting into the city, but the car itself can not start. Doyle gets out to jump start the engine upon seeing approaching soldiers with flamethrowers. As the car finally drives away he is set aflame by the flamethrowers, sacrificing his life. To evade a pursuing attack chopper, Scarlett drives into the London Underground system, after which she and the children continue on foot, using the night vision scope on Doyle's gun for guidance. The trio get separated in the darkness, and as Scarlett attempts to find Andy and Tammy, she is disarmed and beaten to death by the infected Don, who then goes and bites his own son. Tammy is forced to kill her father with Doyle's rifle.

Though bitten, Andy remains symptom-free like his mother, and has the same symptomatic bloodshot eye. The children continue through to Wembley Stadium, and are picked up by a reluctant Flynn, who flies them across the English Channel and out of Britain.

The remains of the helicopter are seen, while someone is calling for help in French over the helicopter's radio. It is unclear whether Flynn, Tammy and Andy survived. However, in the last scene, a large group of infected are seen running through a subway tunnel, through the Palais de Chaillot towards the Eiffel Tower, revealing that the Rage virus has spread to mainland Europe.

During the film's opening credits, a time table for the spread of infection is given:

The film has, like its predecessor, garnered much praise for the way that it successfully continued the story without becoming just a carbon copy of its predecessor. USA Today's Claudia Puig called it "A smart and deeply unsettling film." while New York Times A.O. Scott said, "It is brutal and almost exhaustingly terrifying, as any respectable zombie movie should be. It is also bracingly smart, both in its ideas and in its techniques."

Reviewers have commented on parallels between the film's plot and the U.S.-led 2003 invasion of Iraq and the September 11, 2001 attacks in New York.

In 2003, plans for the film were conceived after the enormous international success of 28 Days Later. Danny Boyle, Andrew Macdonald and Alex Garland stated that they felt the time was right to make a sequel.

In March 2005, the director of 28 Days Later, Danny Boyle, said in an interview that he would not direct the sequel due to commitments to the film Sunshine, but he would serve as executive producer. He also revealed that the film would deal with the aftermath from the first movie. It was also revealed that the film would revolve around the "US Army declaring the war against infection had been won, and that the reconstruction of the country could begin". After seeing the 2001 thriller Intacto, Danny Boyle chose to hire Juan Carlos Fresnadillo to helm the project. Fresnadillo stated that he was "thrilled working on his first English language film alongside such an exciting international cast and talented production team."

Both Fresnadillo and film director Lopez-Lavigne were involved in the writing process of the script which the story revolved around a family and what happened to them in the aftermath of the original film which the producers "liked alot".

The film was filmed on 35mm film and concluded late November 2006. Scenes involving Andy and Tammy running away from District 1 were filmed early in the morning.

The film will be released on DVD on October 9, 2007 in Region 1 territories. The film will be available in anamorphic widescreen and will include deleted scenes with optional commentary, and theatrical trailers. Other extras will include audio commentary and various featurettes including: Making Of 28 Weeks Later, Make-Up Effects, Getting Into The Action and a 28 Days Later: The Aftermath Flash-Animated Graphic Novel.

The Film will also be release in the U.K. on September 10, 2007 and will be exactly the same release as the region 1 albeit with different cover art.

No soundtrack has been released in the U.S. with no planned release however the track listings are as followed (All John Murphy unless otherwise noted)

In March 2007, Danny Boyle was interviewed by an Irish radio station, where he claimed to be interested in making a third film in the series, 28 Months Later. However, it is still unknown if this third chapter will be made. 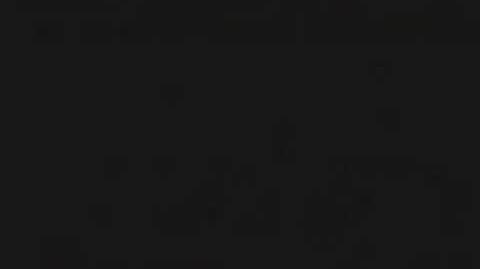 Retrieved from "https://horror.fandom.com/wiki/28_Weeks_Later_(2007)?oldid=133808"
Community content is available under CC-BY-SA unless otherwise noted.