This page needs improvement. It can be improved by: plot, pictures, list of deaths, information, quote on top, trivia

Aberration is a 1997 film directed by Tim Boxell. It was set in the US and shot in New Zealand, and stars Pamela Gidley as a woman who moves to her old childhood cabin in the woods, only to discover that it is overrun by a pack of murderous lizard-like creatures.

Amy Harding moves to the remote woodland were she spent her family holidays as a child, along with her cat, Frankie. But what Amy does not know is that something deadly lurks in her cabin in the woods. When she discovers that something, which she suspects is rats, is living in her house, she insists the help of oddball animal biologist, Marshall Clark. As Marshall checks out Amy's cabin, he discovers the remains of Amy's cat, Frankie on the floor.

Amy and Marshall are marooned by a sudden blizzard and have to spend the night trapped in the cabin, and soon discover that the unidentified creatures that have been decimating the local wildlife also have a taste for human flesh. Ravenously hungry and able to spit blinding venom, these ever-evolving and multiplying predators' ability to mutate and develop immunity to attack makes them almost impossible to kill...and things get even worse when Amy's ex-boyfriend, Uri turns up, and it is discovered that Amy is not who she says she is. But can Amy escape her past, and destroy the Aberrations? 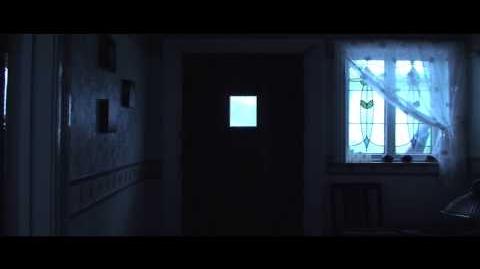 Retrieved from "https://horror.fandom.com/wiki/Aberration_(1997)?oldid=123383"
Community content is available under CC-BY-SA unless otherwise noted.