This page needs improvement. It can be improved by: More pictures

It involves a Predalien created at the end of the previous film crash-landing in a small American town and wreaking havoc on the local populace. As the inhabitants struggle to survive, a Predator steps in to contain the situation.

After the events of Alien vs Predator, a Predator spaceship is seen leaving Earth carrying Facehuggers and the body of Scar, the Predator that defeated the Xenomorph Queen on Antarctica. Suddenly, a Xenomorph Chestburster with Predator-like

characteristics erupts from Scar's corpse and quickly sneaks onto a scout ship that detaches from the spaceship. There, it develops into a fully grown Predalien and begins killing all of the Predators inside the ship. During the carnage, a Predator's Plasmacaster shoots the vessel's hull and the ship falls to Earth where it smashes in the forest of Gunnison, Colorado, causing the Predalien, who survived the crash, to escape along with several Facehuggers. Two Facehuggers attack a father and son during a hunting trip and subdue them, while the Predalien and the rest of the Facehuggers go into the sewers and impregnate several homeless people living there when their dog sensed them coming down the path.

A distress signal sent by one of the Predators from the crashed scout ship before he was killed by the Predalien, reaches the Predator's home world. There, a skilled veteran Predator known as Wolf responds to the signal before gathering up his equipment and journeys to Earth. After landing on the surface, Wolf finds the wreckage of the crashed ship where he receives a mask recording message of the Predalien and the Facehuggers escaping the crash from one of the dead Predators. Wolf gets himself more weaponry from fallen Predators before blowing up the ship with a self-destruct device and begins his hunt of the Predalien and the Xenomorphs.

Meanwhile in Gunnison, resident Dallas Howard has just returned to town after serving time in jail. He is met by Sheriff Eddie Morales and meets his younger brother Ricky, who has given himself a job by delivering pizzas. Ricky has a relationship in his classmate Jesse, but is being antagonized by her aggressive boyfriend Dale and his best friends. When Ricky attempts to send pizza to Jesse's house, Dale confronts him, snatches his car keys and throws them down a drain. Later, after finding the recovered keys in the sewers, Dallas and Ricky hear noises and see something before leaving. Nearby, soldier Kelly O'Brian also returning to Gunnison after serving a tour away in the US Army is reunited with her husband Tim and younger daughter Molly. Darcy Benson, the wife of the deceased father and mother of the deceased son, begins searching for her missing husband and son.

Later that night, Sheriff Morales leads a party into the forest to look for the missing father and son. During the search, one of the deputies Ray Adams encounters Wolf melting away the corpses of the deceased father and son with an acidic blue liquid, but is killed and skinned after he attracts the Predator's attention when his radio transceiver picked up. Afterwards, Wolf makes his way into the sewers, where he tracks the residue of the Xenomorphs, but is attacked by the creatures, forcing him to defeat many of them. During the battle, the Predalien appears and whips Wolf with its tail, sending the Predator flying into a wall and blasts a hole to the streets, causing the Predalien and the Xenomorphs to escape and swarm into the town. The Predalien enters a diner where local waitress Carrie works and kills the cook before impregnating Carrie. Darcy later discovers her corpse, but Sheriff Morales arrives and brings her with him.

Meanwhile, after breaking out of the sewers, Wolf pursues some Xenomorphs to the town's power plant, where damage from his Plasmacaster causes a city-wide power outage. Elsewhere, Ricky and Jesse meet at the high school swimming pool, but Dale and his cronies arrive and fight Ricky until the power goes out and a Xenomorph enters the building where it kills Dale's two friends, but the rest escape. Meanwhile, another Xenomorph breaks into the O'Brien house and kills Tim, but Kelly escapes with Molly.

Kelly and Molly meet up with Dallas, Ricky, Jesse, Dale and Sheriff Morales at a sporting store to gather weapons. Having been alerted to the events of the town, the military arrive, but they proved to be no match for the Xenomorphs and quickly killed off. Wolf appears at the store, having followed Kelly and Molly and captures Dallas, intending to use him as bait to lure the Xenomorphs, but he manages to escape. Several Xenomorphs arrive and Wolf handily kills them while the survivors escape. However, Dale is killed during the battle and Wolf's two Plasmacasters are damaged, but he is able to change his remaining one into a Plasma Pistol.

As the survivors attempt to escape Gunnison, they contact with Colonel Stevens, who indicates that an air evacuation is being staged at the center of the town. Kelly is suspicious of the military's intentions, convincing a small group to go to the town's hospital, where they use the facility's medical helicopter to escape. Sheriff Morales puts his faith in the military and heads to the evacuation area with Darcy and the rest of the surviving citizens.

At the hospital, Dallas, Kelly and the others discover the building has been turned into a hive and infiltrated by Xenomorphs and the Predalien, who has been producing species by impregnating women in the pregnancy area. Wolf also arrives at the hospital where he fights more Xenomorphs. During the fight, Jesse is accidentally killed by one of the Predator's thrown Shurikens. Enraged and avenging the death of Jesse, Ricky rushes towards Wolf and shoots at him with gunfire, but is quickly wounded by the Predalien. After Wolf is attacked by a Xenomorph and falls down an elevator shaft, Dallas finds the Predator's Plasma Pistol that he had dropped and equips it as his own weapon.

The battle continues through the building until Dallas, an injured Ricky, Kelly and Molly reach the rooftop and fight several Xenomorphs before the four flee to the helicopter, where Kelly takes control and escapes. Meanwhile, Wolf, who actually survived the fall, engages the Predalien in combat and a final showdown ensues, but the Predator's weaponry gets damaged during the fight after he is outmatched. Wolf is forced to remove his equipment and unmasks himself before he charges at the Predalien, causing the two to become locked in a deadly grasp and seriously wound each other just as a military jet arrives. Instead of a rescue airlift, it drops a tactical nuclear bomb that engulfs the town in a massive explosion, killing the remaining Xenomorphs and the survivors including Sheriff Morales and Darcy gathered at the center of the town as well as Wolf and the Predalien, who are still locked in combat. A shock wave from the explosion hits the helicopter, causing Kelly to lose control and it smashes into a clearing of the forest. Dallas, Ricky, Kelly and Molly survive the crash where they are found and rescued by Special Forces soldiers, who confiscate Wolf's Plasma Pistol.

Directors Colin Strause and Greg Strause took over from Paul W.S. Anderson, who moved on after doing Alien vs. Predator (2004) to work on Death Race (2008). The film was shot in the towns of Port Coquitlam and Port Moody, British Columbia.

The movie was the least financially successful movie of the Alien franchise. That´s why it became the last of the movies. Aliens vs. Predator: Requiem was also nominated for two Golden Raspberry awards in the fields of Worst Excuse for a Horror Movie and Worst Prequel or Sequel. The awards, however, went to I Know Who Killed Me and Daddy Day Camp.

Most of the critics wrote negative reviews stating it as the worst of all the films in both franchises. Only one critic, Neil Genzlinger of the New York Times, wrote a positive review stating "It may not be classic sci-fi like the original Alien, which it has in its DNA, but it’s a perfectly respectable next step in the series". 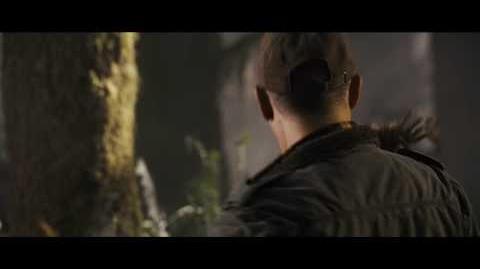