Basket Case is a 1982 American horror film, written and directed by Frank Henenlotter, and produced by Edgar Ievins, which was released in 1982. It has two sequels, Basket Case 2 and Basket Case 3: The Progeny by the same director.

It is notable for its low budget and strong violence. The film gained an audience in the 1980s due to the advent of home video.

A Young man carrying a big basket that contains his deformed Siamese-twin brother seeks vengeance on the doctors who separated them against their will.

The special effects for Belial consist largely on a puppet in some scenes and stop motion in others. When Belial's hand is seen attacking his victims, it is really a glove worn by Henenlotter. The full-size Belial puppet is also seen in the scenes where Belial is seen with an actor or where his eyes glow red. The Belial rampage sequence used stop motion animation.

In a scene near the end when Duane gets into a subway train with Belial, a man with his supposed ex-girlfriend is seen. The man right in front of Duane looks drugged and that scares Duane off. The man is supposed to be Brian from Frank Henenlotter's later film "Brain Damage" which was a cameo. 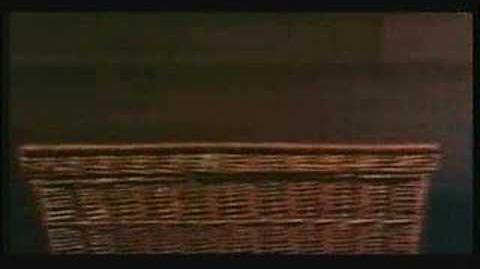 Retrieved from "https://horror.fandom.com/wiki/Basket_Case_(1982)?oldid=149041"
Community content is available under CC-BY-SA unless otherwise noted.