Beneath is a 2013 horror film directed by Larry Fessenden. The film had its world premiere at the Stanley Film Festival on May 3, 2013 and later aired on the Chiller channel.

Beneath stars Daniel Zovatto, Bonnie Dennison, and Chris Conroy as teenagers that must fight for their lives against man-eating fish.

Six high school seniors celebrating with day's excursion find themselves on rowboat attacked by man-eating fish and must decide who must be sacrificed as they fight their way back to shore.

Plans for Beneath were first officially announced in 2012, with Daniel Zovatto named as one of the film's lead roles. Filming took place during a 18 day period and Fessenden designed the fish himself, as he wanted it to resemble "a real fish and not like an evil creature". Fessenden experienced some difficulties shooting, as he and the other crew members only had small boats to shoot upon and that "any kind of company move took forever". He also greatly revised the script, removing several flashback scenes, in an attempt to "keep the drama within the claustrophobic boat".

Critical reception for Beneath was predominantly negative, and Film School Rejects remarked that the movie was "what happens when indie directors have bills to pay". Dread Central compared Beneath to the 2003 movie The Room, saying that "both are seemingly oblivious in their outright terribleness". The Hollywood Reporter and RogerEbert.com gave more mixed reviews, with The Hollywood Rejects commenting that the movie was "efficiently shot, edited and scored" but that "otherwise it’s another of those depressing examples of bad movies happening to interesting directors." 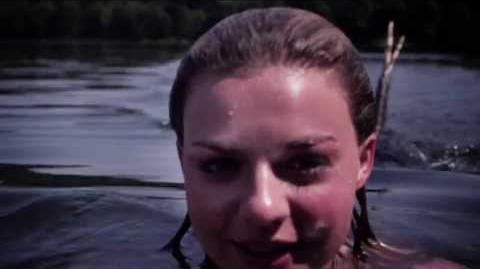 Retrieved from "https://horror.fandom.com/wiki/Beneath_(2013)?oldid=124593"
Community content is available under CC-BY-SA unless otherwise noted.