Candyman: Farewell to the Flesh
Candyman

Candyman is a 1992 slasher film starring directed by Bernard Rose and is based on the short story "The Forbidden" by Clive Baker. Candyman is the first film in a franchise which includes Candyman: Farewell to the Flesh, Candyman 3: Day of the Dead and Candyman an upcoming sequel that is set to be released in the fall of 2020 and produced by Jordan Peele."The Candyman" is also the name of the main villain in the movie.

The film also contains elements of psychological and paranormal horror, where the audience is able to see the main character and her perspectives as she transforms under duress. Candyman plays the role of a literal ghost, an illusion for people's actions, and a manifestation of fear.

The Candyman, a murderous soul with a hook for a hand, is accidentally summoned to reality by a skeptic grad student researching the monster's myth.

Warning: this text contains details about the plot/ending of the film.
Helen Lyle is a student doing research on local legends and myths for her thesis project. In her research she learns of the legend of the Candyman, a one-armed man, son of a slave who was murdered because of a love affair. Legend has it, he will appear if you standin front of a mirror and repeat his name five times. Proving to herself that she thinks the story is foolish, she jokingly calls his name before a mirror.

Over time, Helen becomes mildly obsessed with the legend and continues doing research on it. She decides to pay a visit to a gang territory known as the Cabrini-Green housing projects. A recent unsolved murder had taken place there, of a woman who claimed someone was coming out of the walls. On her second visit to the projects, Helen meets a young boy who brings her to a bathroom where an attack on another boy had taken place. She finds one toilet full of bees and the words "Sweets, to the Sweet" written on the walls. She leaves, but not before being stopped by a gang and attacked by a man with a hook for a hand.

Helen walks through a parking garage on her way to school the next day. She hears a voice calling her by name and is taken by it. The voice reveals himself to be the Candyman of the urban legend. Candyman tells Helen because of her disbelief, he is forced to prove to her he is real. Helen wakes up in an unfamiliar apartment with a lady screaming for her baby who is gone. The apartment is covered with blood which, Helen sees, is from her recently decapitated Rottweiler. The police then arrive at the apartment and arrest Helen, who had been holding a bloody meat cleaver.Helen uses her one phone call to call her husband, Trevor. He bails her out of jail and takes her home immediately. Helen relaxes in the bathtub, while Trevor goes out. He leaves the apartment and Helen hears the Candyman's voice again. He cuts the back of her neck, causing blood to go everywhere. Bernadette, Helen's friend, shows up to give her flowers (she's had a rough couple days). Helen warns Bernadette not to come in for fear of her life, but Bernadette enters anyway and is immediately killed and slaughtered by the Candyman. The police show up because of all the noise and they take Helen to a psychiatric hospital where she is locked up and sedated.

A month later, Helen is still in the hospital and awaiting her trial. She talks to a doctor about what happened to Bernadette and she tells him about the Candyman. The doctor, of course, believes non of it and thinks she's mentally insane, so Helen summons the Candyman on the spot. Candyman kills the doctor and Helen escapes.

The people of the town still believe that Helen is the murderer. She decides to go to the Candyman's hideout to save the missing baby and clear her name. The townspeople burn down the Candyman's hideout to try and defeat her and Helen is forced to sacrifice her own life to save the child. The Candyman disappears after this. At her funeral, all the people who accused her of being the murderer pay their respects and lay metal hooks on her coffin as an apology or in honor of the death of a legend (Candyman's). Trevor attempts to summon the spirit of his late wife back, but he was killed by Helen's spirit leaving his new lover (Stacey) with his bloody corpse as Helen becomes an urban legend as the new Candyman.

Candyman had its world premiere at the 1992 Toronto Film Festival, playing as part of its Midnight Madness line-up. It was released on October 16, 1992, in the United States, where it made $25.7 million. It was released on home video in February 1993 by Columbia Tri-Star Home Video. A special edition DVD was released in August 2004.

Rotten Tomatoes, a review aggregator, reports that 71% of 41 surveyed critics gave the film a positive review; the average rating was 6.2/10. The site's critical consensus reads: "Though it ultimately sacrifices some mystery in the name of gory thrills, Candyman is a nuanced, effectively chilling tale that benefits from an interesting premise and some fine performances." Allmovie praised the film, calling it "haunting, intelligent and poetic" and "the finest Barker adaptation ever committed to film". Roger Ebert of the Chicago Sun-Times wrote, "Elements of the plot may not hold up in the clear light of day, but that didn't bother me much. What I liked was a horror movie that was scaring me with ideas and gore, instead of simply with gore." Janet Maslin of The New York Times compared it to "an elaborate campfire story" with an "unusually high interest in social issues". Kevin Thomas of the Los Angeles Times called the film Clive Barker's "worst to date"—an ambitious but pretentious film that "quickly becomes as repellent as it is preposterous." Variety called it "an upper-register horror item that delivers the requisite shocks and gore but doesn't cheat or cop out."

The film also came in at number 75 on Bravo's 100 Scariest Movie Moments.

The character Candyman came in at number 8 on Bloody Disgusting's "The Top 13 Slashers in Horror Movie History" and ranked the same on Ugo's "Top Eleven Slashers". The actor who played Candyman, Tony Todd, made #53 on Retrocrush's "The 100 Greatest Horror Movie Performances" for his role.

The film appears in two sections of Filmsite.org's "Greatest Scariest Movie Moments and Scenes" and "Greatest Movie Twists, Spoilers and Surprise Endings". The film was nominated for AFI's 100 Years...100 Thrills. 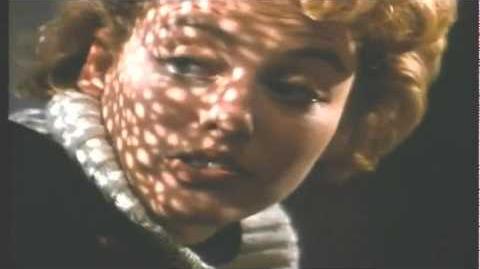 Retrieved from "https://horror.fandom.com/wiki/Candyman_(1992)?oldid=132784"
Community content is available under CC-BY-SA unless otherwise noted.