This page needs improvement. It can be improved by: plot, list of deaths, information/trivia, quote, videos and gallery the right way --> move gallery

A feminist blogger attempts to save her friends from Elizabeth Bathory, who poses as an abstinence counselor in a high school.

In the early 1600's, Countess Elizabeth Bathory slaughtered more than 600 young women, believing if she bathed in the blood of virgins that she would stay young and beautiful forever. Still alive today, she's found a perfect hunting ground for her 'botox' as an abstinence educator in conservative America, and the young ladies of San Griento High are poised to be her next victims. But will her unholy ritual finally be stopped by Leah Ratliff, a feminist blogger and ambitious reporter for the school paper?

Castidad's throat is slashed and her blood is spilled

A cat watches as Principal Loveheart's throat is slit

While making a statement, Noemi mistakenly mentions the Lord's name in vain

Leah logs onto a file on Elizabeth Bathory

Leah learns how Elizabeth Bathory is known by many nicknames

Kelly feels a strange sensation flowing over her, followed by a big flash of lightning

Paul welcomes Leah to his own house

Leah asks Paul if he believes that women can free themselves, both through individual action as well as collective decisions

Leah needs Paul to help her become a woman immediately

Leah and Paul are fast asleep in bed

Elizabeth Bathory strangles Britney by the neck with a steel necklace

Kelly confesses to Ashley that she hooked up with Travis

Noemi tries to make peace with Ashley, but Ashley insults her by calling her names

Ashley and Noemi insult each other with words

Elizabeth Bathory seals Kelly's fate with a dagger in the forehead

The bodies of Britney, Noemi, Ashley and Kelly piled on the floor

A view of the full moon 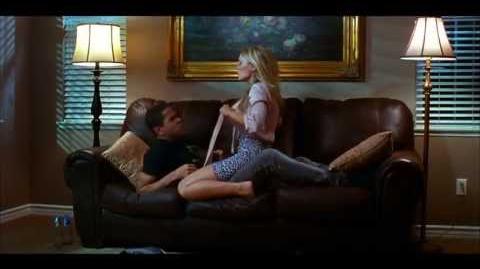 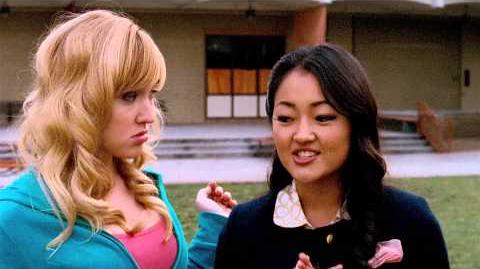 Chastity Bites - Trailer
Add a photo to this gallery
Retrieved from "https://horror.fandom.com/wiki/Chastity_Bites_(2013)?oldid=129540"
Community content is available under CC-BY-SA unless otherwise noted.