This page needs improvement. It can be improved by: full plot, pictures, list of deaths, information/trivia, quote

Creatures from the Abyss

Five teenagers embark on a boating trip off the coast of Florida. The teens get hopelessly lost at sea after they get caught in a fierce storm. Fortunately, the quintet stumble across an abandoned yacht in the middle of the ocean with a mysterious biology lab on board it. Unfortunately, there are also ferocious mutated prehistoric fish running amok on the yacht. Will any of the teens survive this harrowing ordeal?

Shriek Show released it on July 31, 2007 as a part its Mutant Monsters Triple Feature which combined it with The Dark and The Being. 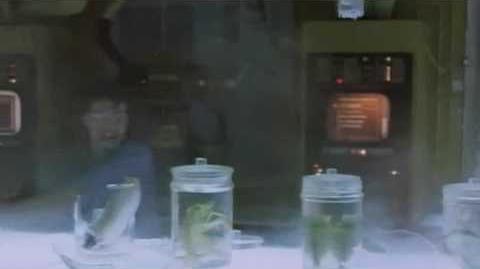 Excerpt from 'Creatures From The Abyss (1994)

Retrieved from "https://horror.fandom.com/wiki/Creatures_from_the_Abyss_(1994)?oldid=130760"
Community content is available under CC-BY-SA unless otherwise noted.