This page needs improvement. It can be improved by: plot, pictures, list of deaths, quote, external links

Crocodile (original title Chorakhe) is a 1979 horror film, produced by the Thai studio Chaiyo Productions. The film centers on a mutant crocodile that was created by atomic testing in the Pacific ocean.

What was supposed to be a getaway vacation quickly turns into a run-away nightmare as a pair of doctors take their families to the beach only to be attacked by a giant, flesh-eating crocodile. When the doctors realize the truly destructive potential of the renegade reptile, they hire an expert in hopes of cornering the croc and blowing it to smithereens; however, the beast is smarter than they anticipated, and as the clock ticks down and the doctors move in for the kill, residents of the small seaside community quickly begin falling prey to the voracious predator [1]. 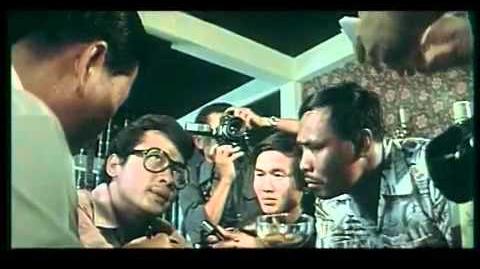 Retrieved from "https://horror.fandom.com/wiki/Crocodile_(1979)?oldid=152794"
Community content is available under CC-BY-SA unless otherwise noted.