Cursed is a 2005 American/German comedy/fantasy/horror/thriller film by director Wes Craven and written by screenwriter Kevin Williamson. Craven and Williamson are the creators of Scream. The plot focuses on three young adults who are attacked by a werewolf loose in Los Angeles. The movie premiered on November 7, 2004, at the American Film Market and was released theatrically in 2005. It was filmed in Los Angeles, California, United States, with special effects shot in Winnipeg, Manitoba, Canada. Despite being a critical and commercial failure, it gained a cult following among Wes Craven fans and found more success on DVD.

The film was rated PG-13 for "horror violence/terror, some sexual references, nudity, language, and a brief drug reference".

The film begins when two friends, Jenny Tate and Becky Morton, are at a pier and decide to get their fortune told by Zelda. She foretells death and horror soon, but they don't believe her and walk away laughing. A little while later, Becky realizes Jenny has disappeared and can't find her on the pier. Becky was driving. One night, while in a car together, Jimmy and his sister Ellie hit an animal and another car. They attempt to rescue the other driver, Becky Morton, who is dragged off and eaten. Jimmy and Ellie are both slashed by the creature's claws. Jimmy starts to believe that the creature was a werewolf, but no one will believe him. He and his sister start to exhibit wolfish tendencies (such as both of them eating raw bacon (and not finding it at all odd), Ellie catching a fly in her bare hand, and being attracted to the smell of blood) but Ellie denies it, apparently proving her point by touching a silver picture frame and not getting burned. Jimmy becomes much stronger, as shown when a bully named Bo forces him to join the wrestling team. He easily defeats three wrestlers, including Bo.

Meanwhile, Jenny is torn apart in a parking garage by a wolf-like creature. Zelda's prediction for Jenny and Becky comes true. Eventually Ellie starts to believe the werewolf idea, and Jimmy proves it when he holds a silver cake server and gets burned (he then discovers that the picture frame Ellie touched was actually stainless steel). He goes to warn Ellie with the help of Bo, who shows up at their house to admit to Jimmy that he's gay and apparently likes Jimmy. Bo and Jimmy race to the place where Ellie is, and in the meantime she figures out that her boyfriend, Jake, is a werewolf. He confirms that, but claims it wasn't him that attacked her and Jimmy. Another werewolf attacks, seemingly proving his story. Bo and Jimmy try to help, but Bo is knocked out. The new werewolf is revealed to be Joanie, a publicist who had a one night stand with Jake and became a werewolf. She wants revenge by killing all of the other girls he dates. He refuses to let her hurt Ellie, and she knocks him out. Joanie soon turns into a werewolf and starts attacking. Ellie and Jimmy fight her, and she finally runs and hides when the police arrive. The two draw her out by insulting her. The police open fire, apparently killing her. The only way to kill a werewolf is to separate the brain from the heart. As she rises again, a cop shoots her in the head, finally killing her. Bo is okay, but Jake has disappeared.

Jimmy and Ellie return to a wrecked home. Their dog bit Jimmy and became a werewolf as well and destroyed the house in an uncontrollable rage. As Jimmy goes to try to fix the power, Jake arrives. He reveals that he did in fact bite Ellie and Jimmy, and he wants Ellie to live forever by his side after he kills Jimmy. She refuses, and the two fight it out, but her werewolf side only emerges and disappears at small intervals, while he has complete control over his werewolf side and dominates the fight. Jimmy joins in, climbing across the ceiling and biting Jake, distracting him long enough for Ellie to stab him with the silver cake server, badly injuring him. Ellie decapitates Jake with a shovel and breaking the curse on her, Jimmy and their dog. A girl Jimmy likes named Brooke shows up with their dog, having learned where they live from Bo, who also shows up. Bo and Jimmy are now friends. Jimmy kisses Brooke and walks her home along with Bo. Ellie goes to clean up the mess that is their house.

The movie was postponed for over a year due to production and script problems. Several cast members had to be replaced due to scheduling conflicts with other movies.

When the production was stalled, many cast members were cut, including Skeet Ulrich, Mandy Moore, Omar Epps, Illeana Douglas, Heather Langenkamp, Scott Foley, Robert Forster, and Corey Feldman. Some of these actors even filmed scenes which were scrapped by director Wes Craven.

The set used for Jimmy's high school is Torrance High School, the same used for Sunnydale High on Buffy the Vampire Slayer and West Beverly High on Beverly Hills, 90210 and its spin-off 90210.

In North America, the film was originally to be released as an R-rated film with graphic violent scenes. However, the studio wished to have a more marketable PG-13 rating, and the film was edited and released as a PG-13 film.

In Canada, the uncut version of the film was released theatrically and received a 14A in Alberta, Manitoba and Ontario and a 14 in the Maritimes (after appeal) and a 13+ in Quebec. In British Columbia, the film was given an 18A and after an unsuccessful appeal, the edited US version was submitted, 14A-rated and released in British Columbia.

The movie opened in theaters on February 25, 2005, grossing $19 million at the North American box office, based on a $38 million budget.

When released on DVD in the US on June 21, 2005, two versions were available: the original theatrical version (rated PG-13; 97 min.), and also an unrated version (99 min.) which contains the footage cut to obtain a PG-13 rating and runs 2 minutes longer than the original release. In Canada, Alliance Atlantis released the unrated (marketed as 'Uncensored') version only on DVD (as opposed to Dimension Home Video in North America) and the DVD cover was changed to match the original theatrical poster. 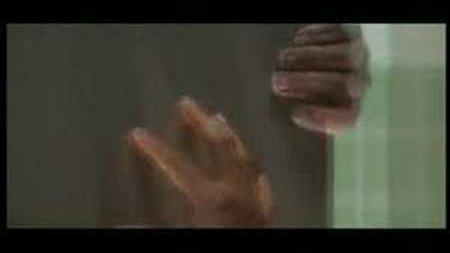