This page needs improvement. It can be improved by: full plot, pictures, list of deaths, quote

Dark Floors — The Lordi Motion Picture is a Finnish horror film. The film was released in February 2008 and features all of the Lordi band members playing the monsters. Mr. Lordi has also designed the logo of the film. A new Lordi song, 'Beast Loose In Paradise', is featured in the end credits of the film.

A man emerges with his autistic daughter and three others from a hospital elevator to find themselves trapped in the building with devilish monsters.

Sarah is an autistic little girl who is currently living at 'St. Mary's Hospital', suffering from autism. Her father, concerned about the state of the hospital, finally decides to take his daughter home as a scanner catches fire with Sarah within it. Boarding an elevator with others, including a businessman, a nurse, a tramp, and a security guard, it soon becomes clear all is not well when the elevator reaches the next floor down - The hospital is abandoned. It soon becomes clear the safety of the group rests upon Sara.

Dark Floors was a concept Mr. Lordi had maintained interest in since the beginning of Lordi - Horror films were a large basis of the Lordi costumes and, with the production of 'The Kin' in 2004, gained some experience. Shortly after the Eurovision victory, Mr. Lordi asked the produce Markus Selin to contact him with any movie ideas he may have. Mr. Lordi had worked in the past with Selin, having being a storyboard artist.

Putaansuu originally expressed a preference for a gory film, a true horror film which would have, in hindsight, likely have been more popular. He, however, expressed this as a rather unintelligent method of horror in comparison to that shown in Dark Floors - Even if the horror aspect of the film isn't quite as strong as was planned.

The vast majority of actors in the film are British, a choice made by Mr. Lordi due to the large amount of small time British actors who appeared in television while still being very much talented. Small time actors were used partly so the movie is still seen as 'The Lordi motion picture', but also to use less budget. The actors very much enjoyed working on the film, as was expressed in the special features on the DVD.

The film was produced between March and April 2007. The general public of Oulu largely played the background characters, from the living nurses to the dead, yet animate, bodies. Amputees were also largely asked for, to play the zombies, and many were willing to collaborate. Each extra had five minutes screen time maximum.

Lordi's part in the film Edit

All of the current line up of Lordi are present within the film. Lordi were producing a track for the movie - Beast Loose in Paradise, but this was to only be present within the credits, so not to ruin the atmosphere that became one of Dark Floors's strong points. The Lordi members in fact, do not talk within the film, only communicate with roars and growls. Stunt extras were in fact used rather than the actual members when it came to segments of the film difficult for the actual members to pull off, such as running in OX's costume.

Awa was the only monster to be present through special effects - her segments of the film were done so using green screen, while the other members - Mr. Lordi, Kita, OX, and Amen, were present on the set in there's.

Putaansuu designed the logo of the movie and came up with a large amount of the story, as well as composing the track "Beast Loose In Paradise' specially for the purpose. The film's atmospheric music was composed by Ville Hang.

The band were involved actively in the Ozzfest tour at the time, and in any cases they were away Stuntmen took over the job. The members, however, were actively involved in the production of the movie. An example of a scene without the actual member was that within the morgue, when Kita pulls out a corpse's internal organs.

The full budget of Dark Floors reached $4.3million, making it one of the most expensive movies ever made in Finland. Most of the budget was spent in special effects, sets, and a large marketing campaign, along with 'finishing' the reel.

The sets were the largest constructed in Finland, taking up a massive 1700 square metres during the carpark scene. Electrical work was very much conventional, using the same method for a family home. It was originally planned to stage the film in the Baltics, but was eventually filmed in Oulu, with special effects used to replicate a city when necessary. The production team visited hospitals to understand how an X-ray works and looks, thus adding authenticity to the CG-rendered ones present in the film.

After filming the movie was 'polished', with Awa's parts inserted after the movie's production. Special effects were a very important part of the film's overall look, and have been complimented.

The film was to be completed and premiered in 2007, at the Eurovision song contest. This schedule, however, was too tight for the production crew to follow, and Lordi were unable to appear should this have been used, due to the Bringing Back the Balls to Europe tour. As a result it spread into May of the same year, and was eventually rescheduled to December.

The press conference was held at the Cannes film festival from the 19th of May to the 20th of the same month in 2007. Lordi appeared personally and answered any questions they were given.

Dark Floors was slowly 'leaked' by way of a marketing campaign, and the press were permitted to witness the production of Kita's lift scene, although everything else was kept under wraps.

The film was released on Region 2 DVD in the UK by Metrodome Distribution on 20 April 2009, priced at £12.99 RRP. The release includes several extra features, listed as "Behind the Scenes of Dark Floors", "Cast & Crew Interviews", and "Dark Floors World Premiere featurette including Q&A with Lordi, the cast and crew and a live Lordi performance". The film is rated 15 by the BBFC for "strong bloody violence and horror".

The film became a top grosser in Finland, and rose to gold in the Finnish DVD charts.

Elsewhere it has largely been criticised for confusing plots and little explanation, but has sold reasonably well, with new DVD releases in separate countries still taking place. 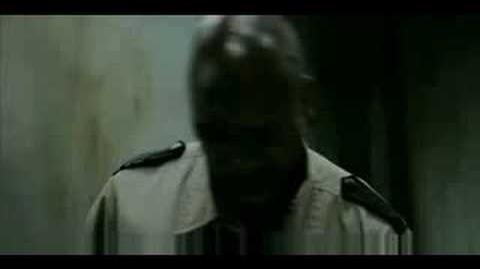 Retrieved from "https://horror.fandom.com/wiki/Dark_Floors_(2008)?oldid=130859"
Community content is available under CC-BY-SA unless otherwise noted.