Diary of the Dead

Land of the Dead

Survival of the Dead

This is the fifth film in Romero's Dead series, although it isn't a direct sequel to any of the other films. Romero himself was quoted as describing the movie as "a rejigging of the myth."

The film follows a group of film students who decide the document the sudden outbreak of the undead until they are chased by the zombies themselves. This film also introduces the main characters of the next film in a cameo role.

The film begins with footage from a news cameraman and reporter, who are covering a story about an immigrant man killing his wife and son before committing suicide. The son and wife suddenly come back to life and kill several medical personnel and police officers but leave one medic and a reporter bitten before being killed. The narrator, Debra, explains most of the footage was never broadcast, but was recorded by the cameraman.

A group of young film studies students from the University of Pittsburgh are in the woods making a horror film along with their faculty adviser, Andrew Maxwell, when they hear news of an apparent mass-rioting and mass murder. Two of the students, Ridley and Francine, decide to leave the group, while the project director Jason goes to visit his girlfriend Debra. When she cannot contact her family, they travel to Debra's parent's house in Scranton, Pennsylvania. En route Mary runs over a reanimated highway patrolman and three other zombies. The group stops and Mary begins to question whether the things she killed were really dead. She then attempts to kill herself out of grief. Her friends take her to a hospital, where they find the dead coming back to life as zombies, and thereafter fight to survive while traveling to Debra's parents. Mary becomes a zombie and is slain by Maxwell.

Later Gordo is bitten by a zombie. His girlfriend Tracy begs the others not to shoot him immediately but later is forced to shoot him herself. Soon they are stranded when their vehicle's fuel line breaks. They are attacked by zombies while Tracy repairs the vehicle with the assistance of a deaf Amish man named Samuel. Before escaping, Samuel is bitten and kills himself and his attacker with a scythe.

Passing a city they are stopped by an armed group of survivors, the leader being a member of the National Guard. There, Debra receives a message from her younger brother, who informs her that he and their parents were camping in West Virginia at the time of the initial attacks and are now on their way home. The students then leave for Debra's house. Their only reliable source of information is now the Internet, aided by bloggers.

When they arrive at Debra's house, they find her reanimated mother and brother feeding on her father. They escape from the house and are stopped by different National Guardsmen, who rob them, leaving them only their weapons. They arrive at Ridley's mansion, where Ridley explains that his parents, the staff, and Francine were killed by zombies. He then imprisons Debra and Tony and is revealed as a zombie himself. He kills Eliot and attacks Tracy and Jason. Jason is able to distract Ridley long enough for Tracy to escape. Tracy then leaves the group in the group's RV. The remaining survivors then hide in an enclosed shelter within the house, with the exception of Jason, who left the group to continue filming. He is then attacked and infected by Ridley. Maxwell kills Ridley with an antique sword and Debra kills Jason, and continues filming. However, a large number of zombies begin to attack the mansion, forcing the survivors to take shelter in the mansion's panic room.

At the end of the film, Debra watches Jason's recording of a hunting party shooting people who were left to die and be reanimated as shooting targets, and wonders if the human race is worth saving.

The film was announced by Romero in 2006 after he signed the deal to write and direct it. Filming began in Toronto, Canada in October of 2006.

Despite having a low budget, Romero utilized a lot of computer-generated imagery so that filming could be completed quickly. The filming style necessitated a shift from Romero's usual filming techniques. Instead of filming multiple camera angles at once, to be assembled later in the editing room, Romero filmed much of it in long continuous takes. Romero was quoted as saying "The cast was great. They had a lot of theater experience. I think they could have gone from scene one all the way to the end of the movie, all in a single shot."

The film premiered at the Toronto International Film Festival on September 8, 2007 during the festival's Midnight Madness segment. Polls taken by the Toronto Star said it was one of the most anticipated films at the festival.

Four days after its premier, the Weinstein Company announced its purchase of distribution rights in the US and Mexico. Dimension Films later distributed the film to the public for them.

Re-establishment of the Dead FranchiseEdit

While it is the fifth film in Romero's Dead Series, he stated that the film chronologically took place during the same time frame as the original Night of the Living Dead. Several references in the film confirmed this, such as the original television news broadcast from Night being played while the main group was in Ben's garage.

Also, even though the previous film, Land of the Dead, was produced by Universal Studios, Romero chose to independently produce this one through his own studio, with help from Artfire Studios.

The Film was released on DVD by the Weinstein Company, through Dimension Films, on May 20, 2008. Special features included a behind-the-scenes documentary, an audio commentary, and deleted scenes. It also featured five short films that were chosen as the winners of a MySpace contest.

The DVD was released simultaneously with a redistribution of Night of the Living Dead, also by the Weinstein Company.

George Romero won a 20078 Critics Award for the film. The film itself recieved mixed to positive reviews. One reviewer praised the film by stating that it lived up to the series' previous films and even kept Romero's flare for social commentary, which in this case identified America's reliance on social media for information. The film currently has a "certified fresh" rating of 62% on Rotten Tomatoes. 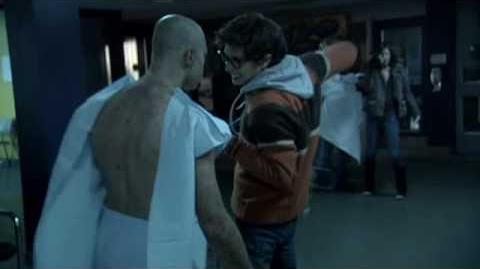 Retrieved from "https://horror.fandom.com/wiki/Diary_of_the_Dead?oldid=125091"
Community content is available under CC-BY-SA unless otherwise noted.