A student's premonition of a deadly rollercoaster ride saves her life and a lucky few, but not from Death itself, which seeks out those who escaped their fate.

Warning: this text contains details about the plot/ending of the film.
The film opens 6 years after the Flight 180 explosion and 5 years after the Route 23 pileup with Wendy Christensen, a teenage high school student and a school year book photographer visiting an amusement park with her boyfriend Jason Wise, best friend Carrie Dreyer and Carrie's boyfriend Kevin Fischer on their senior class field trip. As they board the Devil's Flight roller coaster, Wendy has a premonition that the hydraulics securing the seats and roller coaster cars will fail, causing the roller coaster to de-rail and crash, killing everybody on board. When events from her vision begin to repeat themselves in reality, she panics and attempts to stop the coaster from being launched. Wendy and several other people leave or are forced off the ride - Kevin, best friends Ashley Freund and Ashlyn Halperin, athlete Lewis Romero, goths Ian McKinley and Erin Ulmer, and alumnus Frankie Cheeks. As these people leave, they witness the roller coaster derailing and crashing. All the remaining people on the ride are killed in the crash, including Carrie and Jason, devastating Wendy.

Afterwards, Kevin tells Wendy about the explosion of Flight 180 and the subsequent events that killed the survivors. Believing that Kevin is mocking her, Wendy dismisses this theory and moves on. Later on, Ashley and Ashlyn are killed at a tanning salon when their tanning beds malfunction, catch fire and burn them alive. Believing Death may be after them, Wendy and Kevin set out to save the remaining survivors, using what they believe to be omens contained in photos that were taken of them prior to the crash. Frankie dies next at a drive-thru when a runaway truck crashes into the back of Kevin's truck, causing the engine fan in Kevin's truck to blow out and slice off the back of Frankie's head. The next day, they try to save Lewis at the gym. He states he does not believe them, shortly before two iron weights from the machine he is using swing down and crush his head.

They find Ian and Erin working at a hardware store. As they explain to them what is going on, Ian speculates that if the last in line were to kill themselves, it would ruin Death's plan and save the remaining survivors. Wendy manages to save Ian as he is about to be crushed by planks of wood, but one of the pieces of falling plywood causes a small bag of sawdust to burst, prompting Erin to stumble backwards onto a nail gun and she is shot repeatedly through the head. This leaves Ian devastated, which causes him to resent Wendy.

Wendy learns that her sister Julie was also on the coaster and rushes to the county fair in an attempt to save her. She and Kevin are able to prevent Julie from being impaled on a harrow. Wendy then asks Julie who was sitting next to her on the coaster. Her question is answered when Julie's friend, Perry Malinowski is impaled by a flagpole launched by a rope tied to a horse, as Wendy and Julie watch in horror.

Wendy saves Kevin and Julie from a propane canister explosion caused by the commotion and is confronted by a deranged Ian, who blames her for Erin's death. Another explosion sets off fireworks which nearly hit Wendy and Ian, but instead strike a nearby cherry picker. As Ian shouts that Death cannot kill him, the cherry picker collapses on him and crushes him in half. Wendy believes the cherry picker was meant for her, but Ian intervened and inadvertently took her place.

Five months later, Wendy is on a subway train with her roommate Laura and her teenage friend Sean and spots Kevin and Julie. Suddenly the train derails and everyone on board dies - Julie's head is hit by a loose wheel and ejects her out of the train; Kevin's face is pressed against a cracked window which breaks and shreds his body against the subway wall; Wendy is the final survivor of the crash but is hit by an oncoming train. This turns out to be a premonition by Wendy and the three try to stop the train in vain, and the screen cuts to black, ending the film with the sound of screeching metal being heard. 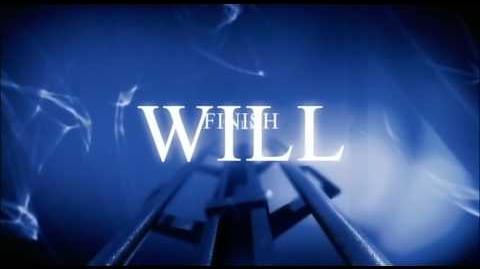 Retrieved from "https://horror.fandom.com/wiki/Final_Destination_3_(2006)?oldid=140680"
Community content is available under CC-BY-SA unless otherwise noted.