Friday the 13th: The Final Chapter

Friday the 13th: The Final Chapter is a 1984 slasher film written and directed by Joseph Zito. It is the fourth film in the Friday the 13th film series. Though it was billed as "The Final Chapter", there have been further sequels in the franchise due to the success of the film. The film's plot follows series villain Jason Voorhees as he stalks a family and group of neighboring teenagers residing on Camp Crystal Lake.

Like its three predecessors, the film was a financial success. It produced a sequel Friday the 13th: A New Beginning (1985).

The night after the previous film's events took place, paramedics clean up the remains left by psychopathic killer Jason Voorhees and deliver him to the county morgue where the attending mortician Axel fails to notice signs that Jason is breathing. After escaping cold storage, Jason cuts Axel's neck with a hacksaw and uses a scalpel to disembowel Axel's love interest Morgan, a nurse. The next day; a group of teens: Paul, his girlfriend Sam, Sara, her crush Doug, Jimmy and Ted encounter a hitchhiker while looking for a cabin they had rented for the weekend. The hitchhiker is killed in cold blood shortly after by Jason, who has returned to the area. The teens find the cabin finally and meet neighbors Trish Jarvis her younger brother Tommy and their dog Gordon. While going for a walk, the next day they meet two local girls; twins Tina and Terri, and they decide to go skinny dipping with them. Trish and Tommy happen upon the scene and before they leave, Trish is invited to a party to take place that night. Afterward, their car breaks down and Trish and Tommy meet Rob Drier; who claims to be hunting for bear in the area. They take him to their house where Tommy shows Rob several masks he had made himself before he leaves to go camping. At the party that night, Tina makes a move on Paul, which makes Sam jealous and she leaves for a swim, but Sam is killed being stabbed through a rubber raft. Feeling guilty, Paul goes after Sam to make up and discovers her body just before he too is killed with a harpoon gun shot into his groin.

Terri rejects Teddy's advances and wants to leave, but Tina moves onto Jimmy and the two go upstairs to have sex. Frustrated, Terri leaves, but is impaled through the back. At the Jarvis house, Mrs. Jarvis returns home to find the power out, and when she goes out to investigate, she is startled before getting killed. Teddy finds an old stag film and brings it up on the projector while Sarah hints to Doug that she wants to have sex with him, and they go upstairs. Jimmy comes downstairs and settles a "dead fuck" status with Ted who had earlier said he can't satisfy a girl in bed and goes to get a glass of wine to celebrate. Jason appears, jams Jimmy's hand with a corkscrew and slams a cleaver into his face. Upstairs, Tina notices Terri's bike is still there before she is grabbed through the window and thrown to her death atop the teens' car. Proceeding downstairs, Jason then stabs Ted in his back skull through the projector screen. Jason moves upstairs, killing Doug in the shower by crushing his skull. When Sara returns and finds him dead she tries to flee the house, but an double-bit ax is hurled through the door and into her chest. Meanwhile, Trish and Tommy return from town and discover the power outage while Trish decides to go look for their mother, she orders Tommy to fix the lights. Trish comes across Rob's camp site who is convinced that Jason is still alive, which worries Trish and they return. Running next door, they discover the bodies of the teens and Rob is caught and killed by Jason as Trish runs home. They barricade the house, but Jason breaks in and chases them into Tommy's room. Trish lures Jason out of the house while Tommy escapes. She runs through the teens' house, then out the upstairs window when he corners her. Returning, she is devastated to learn that Tommy is still there. She senses Jason behind her and tries to kill him with a machete but she misses and he attacks her.

Tommy; having made himself up to look like a portrait of Jason as a child, distracts him long enough for Trish to hit him with the machete, in which she misses. As he turns back, Tommy takes the machete and jams it in the side of Jason's skull and he collapses to the floor. The two embrace, but Tommy notices Jason's fingers twitching and he takes the machete and begins to hack at his body, screaming "Die! Die!" while Trish screams his name.

At the hospital, Trish insists on seeing her brother who was traumatized by the events. He rushes in and hugs her, but gives a disturbed look while staring into the camera, as the screen fades to white.

Friday the 13th: The Final Chapter opened on Friday, April 13, 1984 on 1,594 screens to a then record-breaking weekend box office gross of $11,183,148. The film would ultimately take in a total of $32,980,880 at the U.S. box office. It placed at number 26 on the list of the top grossing films of 1984, facing off against strong competition throughout the first half of the year from such high-profile horror releases as Firestarter and Children of the Corn. It would also out perform Wes Craven's seminal A Nightmare on Elm Street, released later that year.

The film received generally negative reviews from critics upon its initial release. Review aggregator Rotten Tomatoes reports that 28% of 21 film critics have given the film a positive review, with a rating average of 4.3 out of 10. 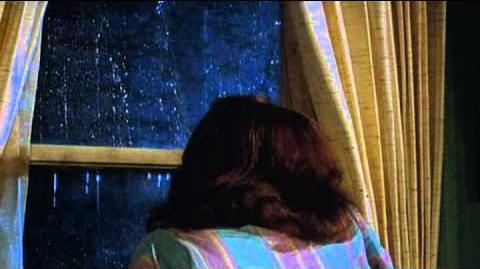 Retrieved from "https://horror.fandom.com/wiki/Friday_the_13th:_The_Final_Chapter?oldid=131702"
Community content is available under CC-BY-SA unless otherwise noted.