Picking up one day after the events in the previous film, Jason, severely injured after his encounter with Ginny Field goes to a lakefront store to find clothes and a replacement mask. While there he kills owners Harold with a meat cleaver to the chest, and Edna with a knitting needle through the back of her head before moving on to Higgins' Haven, a local farmhouse. At the same time, Christine Higgins returns to the property for the first time in two years, following a traumatic event. With her is her best friend Debbie, who is pregnant and her boyfriend Andy, stoners Chuck and Chili, prankster Shelley and his love interest named Vera Sanchez, who does not reciprocate his feelings. When they get there, they meet Christine's boyfriend Rick, who agrees to give his and her relationship a slow revival.

Shelley and Vera inadvertently come afoul with a biker gang; Ali, Loco, and Fox at the local convenience store. After being harassed, Shelley stands up for himself by running over their motorcycles, impressing Vera, but not changing her opinion of him as a romantic interest. Rick loses his temper after seeing the window of his Volkswagen Beetle smashed in and leaves with Christine. Meanwhile, Jason has hidden in the barn to recover, and when the bikers show up to siphon their gas with the intention of burning down the barn to get even, he kills Loco and Fox with pitchforks in cold blood, he bludgeons Ali into unconsciousness. As night falls, Jason dons a hockey mask he stole from Shelley after a prank he pulled on Vera and shoots her eye out with a harpoon gun. He moves into the house where he kills Andy by bisecting him as he walks on his hands, then Debbie by stabbing her through her neck in the hammock she is laying on. He turns off the power in the house, prompting Chili to send Chuck down to check on the power. Jason throws Chuck into the electric box like a rag doll and kills him, severing power to the house. Shelley appears to Chili with a slashed neck, but she ignores him, thinking he's pulling a mean prank and he dies. She discovers Shelley is dead, then discovers her friends' bodies upstairs. As she tries to escape, Jason kills her by impaling her stomach with a red hot fireplace poker.

Christine tells Rick about a time she was attacked by a horrible, disfigured man two years earlier, which was the reason she moved away. Rick's car dies and they have to walk back to the Haven, which they find in disarray. Rick steps out to search the grounds, but Jason grabs him just beside the cabin. As Christine calls out to him from the front door, Jason holds him back just out of sight and keeps one hand held over his mouth. With no response from Rick, Christine goes back inside, leaving his life in Jason's hands. Jason uses those bare hands to crush his skull like an apple. Christine discovers bloody clothes in the overflowing tub upstairs. She runs outside to find Rick and Loco's corpse drops down from a rope on a tree limb. Christine runs back inside, and Jason throws Rick's corpse through the window like a rag doll.

Terrorized, scared, and panicked, she fends Jason off and hides upstairs in a hall closet. She discovers Debbie's corpse, and narrowly escapes the house and tries to escape in her van, which breaks down after having been siphoned by Ali and the others. She makes her way to the barn where she tries to hide and is attacked again by Jason. She lures Jason up to the loft and sends him through the window, hanging him, but he breaks free, much to Chris' horror where she realizes he's the disfigured man that attacked her years ago once she sees his face.

Ali recovers and attacks him, only to be brutally killed. The distraction, however, as allowed Christine to find a large ax and strike Jason in the head with it, who staggers a few feet and collapses.

Exhausted, Christine pushes a canoe out into the lake and falls asleep, wakening in fright the next morning. She sees a still alive Jason in the barn and tries to escape as he comes after her, but it all turns out to be a hallucination. As she calms down, the decomposing body of Pamela Voorhees emerges from the lake and grabs her, dragging her into the water, which turns out to be another hallucination.

Later, police are escorting a clearly disturbed and hysterical Chris from Higgins Haven, stating that she was deeply shaken by the deaths of her friends. As she is driven away, Jason is shown to still be lying "dead" in the barn and the lake seems to be once again at peace.

The script for Part 3 called for Jason to wear a mask to cover his face, having worn a bag over his head in Part 2

2; what no one knew at the time was that the mask chosen would become a trademark for the character, and one instantly recognizable in popular culture in the years to come. During production, Steve Miner called for a lighting check, but none of the effects crew wanted to apply any make-up for the light check, so they decided to just throw a mask on Brooker. Martin Jay Sadoff, the film's 3-D effects supervisor, kept a bag with him full of hockey gear, as he was a hockey fan, and he pulled out a Detroit Red Wings goaltender mask for the test. Miner loved the mask, but during test shots it was too small. Using a technique called VacuForm, Doug White enlarged the mask and created a new mold to work with. After White finished the molds, Terry Ballard placed the new red triangles on the mask to give it a unique appearance. Holes would be punched into the mask, and the markings were altered, making it different from Sadoff's mask. There were two prosthetic face masks created for Richard Brooker to wear underneath the hockey mask. One mask was composed of approximately 11 different appliances, and took about six hours to apply to Brooker's face; this mask was used for scenes where the hockey mask was removed. In the scenes where the hockey mask is over the face, a simple head mask was created. This one piece mask would simply slip on over Brooker's head, exposing his face but not the rest of his head. This was the first Paramount Pictures film produced in 3-D since Ulysses in 1954. The film was shot with the Arrivision "over and under" 3-D camera, the same that was used with Jaws 3-D. It was also the first film in the series to be presented in Dolby Stereo upon its theatrical release. Some of the deaths in the film were edited in order to avoid an "X" rating, including: Andy's death, which showed his right leg being cut off and his stomach being torn open; Vera's death was cut of bloodshed and her subsequent reaction (this was cut for supposedly looking "too good"); Edna's death was cut for excessive blood flow; Chili's impalement with the red-hot poker was cut of steaming blood hitting the floor; Debbie's original death showed blood spraying across her chest and face.

The film's music was composed by Harry Manfredini, who previously composed the scores of the series' first two installments. Upon the release of the third film in 1982, Gramavision Records released a LP album of selected pieces of Manfredini's scores from the first three Friday the 13th films. On January 13, 2012, La-La Land Records released a limited edition 6-CD box set containing Manfredini's scores from the first six films. It sold out in less than 24 hours.

The film opened in 1,079 theaters in 3-D taking in $9,406,522 its opening weekend. Domestically, the film made a grand total of $36,690,067. It placed number 21 on the list of the top grossing films of 1982, facing strong competition from other high-profile horror releases such as Poltergeist, Creepshow, The Thing, Halloween III: Season of the Witch, Visiting Hours, Amityville II: The Possession, Silent Rage, The Beast Within, Cat People and Venom. As of 2014, it still stands as the fourth highest grossing film in the Friday the 13th series. The movie also stands as the tenth highest-grossing R-rated film of 1982, the second-highest grossing horror film of 1982, the sixth largest box office opening of 1982, and adjusted for inflation it is the ninth highest-grossing slasher film of all time.

Friday the 13th Part III received generally negative reviews from critics upon its theatrical release. Coincidentally, the review aggregator Rotten Tomatoes reports that 13% of 22 film critics have given the film a positive review, with a rating average of 3.5 out of 10. Janet Maslin of The New York Times gave the a mediocre review stating that it "would be a little better than Part I or Part II even without 3-D." In continuing to compare the film to its predecessors, Maslin commented that "it's a little more adept at teasing the audience." The entertainment-trade magazine Variety provided a general consensus stating, "Friday the 13th was dreadful and took in more than $17 million. Friday the 13th Part 2 was just as bad and took in more than $10 million. Friday the 13th Part III is terrible, too." The magazine added, "There are some dandy 3-D sequences, however, of a yo-yo going up and down and popcorn popping." For his appearance in the film, Jason Voorhees was nominated for AFI's 100 Years...100 Heroes and Villains as one of the Top 50 Villains. 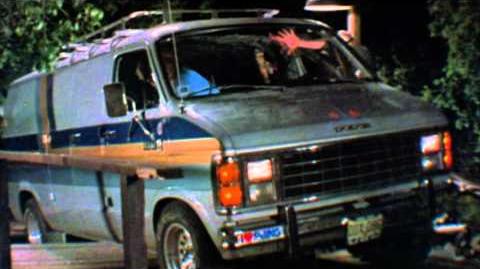 Retrieved from "https://horror.fandom.com/wiki/Friday_the_13th_Part_III?oldid=131706"
Community content is available under CC-BY-SA unless otherwise noted.