This page needs improvement. It can be improved by: quote

Halloween H20 is a 1998 horror film and the seventh installment in the Halloween series. The film takes place 20 years after Halloween II and completely ignores Halloween 3, 4, 5 and 6. In this film Laurie Strode is still alive and again faces her older brother Michael Myers.

Laurie Strode, now the dean of a Northern California private school with an assumed name, must battle the Shape one last time, as the life of her own son hangs in the balance.

Warning: this text contains details about the plot/ending of the film.
The film features the return of Curtis's character from the first two Halloween films, Laurie Strode, now revealed to be living under the assumed name "Keri Tate". As Tate, Laurie has a seemingly perfect life with an intelligent son and a boyfriend, a great career (as a head mistress at a private boarding school in Northern California); however, Laurie is far from happy. The tragic events from 20 years previous still haunt her mind, and strongly take effect on her parental capabilities. To everyone, this is "just another Halloween," however Laurie still lives in constant fear.

But this year is different. To mark the 20th anniversary of the happenings of 1978, her psychotic brother, serial killer Michael Myers, appears, and starts killing off her co-workers and students one by one. And for the first time in two decades, they meet again. Laurie manages to escape, but instead of leaving, chooses to go back, in an attempt to restore her life, to the school to challenge Michael in a fight to the death. She finds him and attempts killing him several times. She finally pushes him off a balcony, causing him to apparently fall to his death, similar to the first film.

The police come and clean the mess and put Michael's corpse in a body bag, and in an ambulance. Laurie steals the ambulance with Michael's body in the back, but Michael is still alive and escapes the body bag, and again tries to kill her. She slams on the brakes, throwing him through the windshield. She then tries unsuccessfully to run him over. The vehicle tumbles down a cliff but she escapes, while Michael is trapped between it and a tree. He reaches out to her. She reaches for his hand, then pulls back. And while remembering everything he's done to her, she chops his head off with an axe, seemingly finally killing him. Michael's head then rolls down the hill.

The following is a list of notable deaths in Halloween H20: 20 Years Later. The characters who are considered good are written in green, while the "bad" characters are red. If the character is neither good nor bad, the name is written in white. 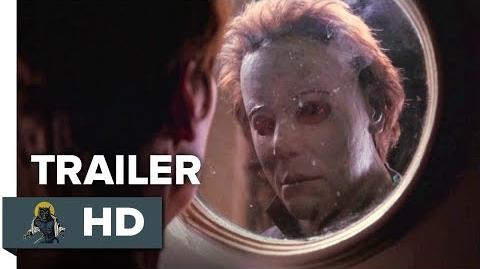 Retrieved from "https://horror.fandom.com/wiki/Halloween_H20:_20_Years_Later_(1998)?oldid=130480"
Community content is available under CC-BY-SA unless otherwise noted.