Kristen Parker is a character in the Nightmare on Elm Street franchise. She was one of the Dream Warriors to face Freddy Krueger in her nightmares, and one of the people to cause him a significant defeat. She is also one of the children of Elm Street, and thus a main target of Krueger.

Kristen has been portrayed by Patricia Arquette and Tuesday Knight.

Kristen Parker was born in 1971 to Elaine Parker and Kirk Parker, in Springwood, Ohio. In 1968, her parents, along with the other Parents of Elm Street, burned child murderer Freddy Krueger to death after the courts let him go free on a technicality. The parents established themselves on Elm Street and covered up all traces of Krueger. Kristen was born three years later, and was never told about Krueger or her parents' hand in his death.

At a young age, Kristen began to demonstrate extraordinary abilities: she sometimes pulled her father into her dreams. Kirk always thought these experiences were normal dreams of his, and never suspected a thing. However, this strange ability of Kristen's stopped manifesting when her father left the family. Following this, Elaine began to frequently bring men home, and her relationship with Kristen could be described as rocky at best. Some time before the events detailed below, Elaine took away Kristen's credit cards.

At some point in 1987, sixteen-year-old Kristen began to have recurring nightmares involving Freddy Krueger and the old Elm Street House. Following his death, three Dream Demons had allowed Krueger to haunt the dreams of his murderers' children. Any injuries that the so-called Elm Street Children suffered in these nightmares happened in the waking world. Recently, Freddy had been killing numerous children in their sleep, and Kristen was one of his latest targets.

One night that year, Kristen stayed up very late, under the pretense that she was waiting for Elaine to come home, but in reality she was finishing her paper-mache model of the Elm Street House, trying to ward off sleep. When she eventually fell asleep, Kristen suffered a nightmare in which she entered the Elm Street House and was chased by Freddy before entering a room full of dead teenagers. Upon waking up, Kristen went into her bathroom only to discover she was still dreaming. Freddy, disguised as the sink faucet, cut her wrist with his razors, causing her to fall unconscious.

The next morning, Elaine took her daughter to Westin Hills Asylum to be treated for what Elaine thought was attention seeking. When the orderlies attempted to sedate Kristen, and thus put her to sleep, the teenager went into a rage, cutting the wrist of Max, one of the orderlies. Kristen, in a state of shock, began to sing the jumprope song designed by neighborhood children based on the story of Freddy. Kristen only calmed down when Nancy Thompson, a woman looking for a job at the hospital and herself an old adversary of Freddy Krueger, came in and finished the rhyme for her.

The next day, a calmed Kristen began to attend group sessions with the other troubled teens of the hospital, supervised by Nancy and Doctor Neil Gordon. The assembled teens were the last seven remaining Children of Elm Street, and had all ended up in the hospital as a result of surviving attacks from Freddy.

Kristen in the fourth film was portrayed newcomer actress Tuesday Knight and in the storyline her and former fellow patients at Westin Hills, Roland Kincaid and Joey had returned to High School. There Kristen had made a new group of friends including the bespactled Alice and happened to be dating her older brother Rick.

Kristen was killed in the following fourth installment the Dream Master by being thrown into Freddy's Boiler Room Furnace. Alice Johnson was also pulled into this dream by Kristen witnessing her untimely demise and inheriting her unnatural dream gift. After Freddy killed Kristen, he absorbed her soul and gets her dream powers (But Alice did too). But it was released at the end. 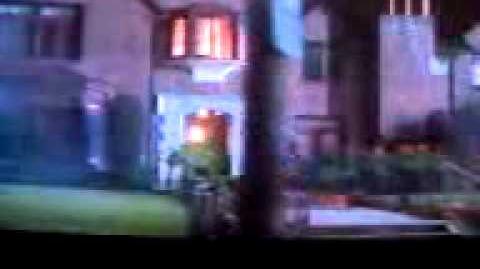 Retrieved from "https://horror.fandom.com/wiki/Kristen_Parker?oldid=140770"
Community content is available under CC-BY-SA unless otherwise noted.