Last Night in Soho is a British 2021 drama psychological horror film directed by Edgar Wright with the producer by Tim Bevan, Eric Fellner, Nira Park and Edgar Wright. It is a based off this 70s film "Don't Look Now." It stars Anya Taylor-Joy, Thomasin McKenzie, Matt Smith, Diana Rigg, Rita Tusingham, and Terrence Stamp. That movie has been following to final film appears to Rigg & Margaret Nolan, who both passed away in September & October 2020 respectively.

Eloise, a young woman with a passion for fashion design and a strange sixth sense, mysteriously finds herself transported back in time to 1966 London in the body of her idol, a singer named Sandie. While in Sandie's body, she enters into a romantic relationship, but the city in the 1960s is not what it appears to be and the past and present seem to fall apart with shady and horrifying consequences.

In January 2019, Edgar Wright said he would next work on a London-set psychological horror film co-written by Krysty Wilson-Cairns.

Filming began on 23 May 2019 and wrapped 30 August 2019. The film is said to be inspired by other British horror films, such as Nicolas Roeg's Don't Look Now and Roman Polanski's Repulsion, with Wright mentioning the film's use of time travel. Wright posted several photos on his Instagram account showing that additional filming had commenced on 24 June 2020 and concluded on 5 August 2020.

Last Night in Soho was released on October 29, 2021 with the United Kingdom theatrical release immediately. It was previously scheduled to be released on September 25, 2020, but previously it delayed due to the COVID-19 pandemic. About that movie release in April 22, 2021. About this movie getting moved to October 22, 2021. But it also this pushes back next day. Meanwhile, Toronto International Film Festival has been confirmed that movie of September 2021. 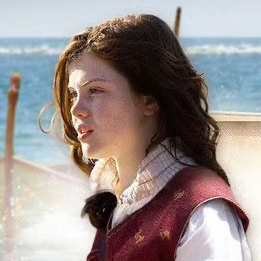