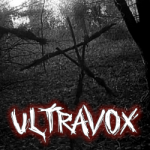 Please leave a message if you need help, or anything else.