Night Closes is a 2017 Scottish short horror film, directed by Jane Armstrong. It was shot in Edinburgh, Scotland, and features an appearance by a Plague Doctor.

The film begins with Emily (Laura Bourjac) snapping pictures of the opening to Edinburgh Castle. She passes a ghost tour guide, Albert (Blair Flucker), who has a tourist with him (Peter Anderson), but Emily ignores Albert's invitation to join them, as she says that she doesn't believe in that "ghost shit".

Carrying on, Emily comes into a close on The Royal Mile to investigate, and is then surprised by a terrified and injured man, who babbles something about, "they're coming for us" and pleading for her help. Emily panics and runs away, to see a masked figure coming after her, who is actually a Plague Doctor. But instead of harming her, he wipes some blood from her face, which was actually from one of his two victims.

Emily runs a safe distance, turns around, and sees the Plague Doctor depart down the alley, into the cold night. Now Emily really does believe in ghosts!

The film has received modest praise from horror fans online. 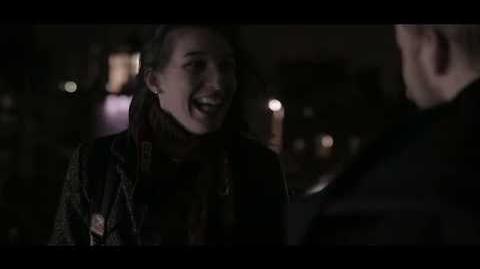 Retrieved from "https://horror.fandom.com/wiki/Night_Closes?oldid=135528"
Community content is available under CC-BY-SA unless otherwise noted.