Oculus is a 2014 American horror film directed by Mike Flanagan and starring Karen Gillan and Katee Sackhoff. It was released on April 11, 2014.

Ten years earlier, Tim Russell shot his father after he witnessed him murder his mother. He is sent to mental hospital not only due to the murders, but also due to his claims that the murders were really perpetrated by a supernatural entity that possessed an antique mirror in their home. This leaves his sister Kaylie to suffer through life alone, until Tim is released years later. After his release, Tim wants nothing more than to move past the murders and start a new life, however, in her time alone, Kaylie has become convinced that the mirror is indeed possessed. It turns out she has tracked down the previous owners of the mirror and discovered that they met as bloody an ending as her parents did. Kaylie is determined to prove that the mirror was responsible for her parent's murders, and not Tim or her Father. 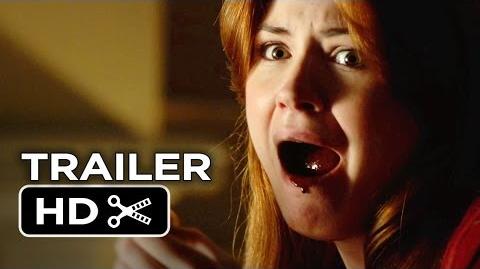 Retrieved from "https://horror.fandom.com/wiki/Oculus?oldid=137448"
Community content is available under CC-BY-SA unless otherwise noted.