Scream is a 1996 slasher film directed by Wes Craven and written by Kevin Williamson. The film revitalized the slasher film genre in the mid 1990's, similar to the impact Halloween had on late 1970's film, by using a standard concept with a tongue-in-cheek approach that combined straightforward scares with dialogue that satirized slasher film conventions.

The film is followed by Scream 2.

A year after the murder of her mother, a teenage girl is terrorized by a new killer, who targets the girl and her friends by using horror films as part of a deadly game.

The film begins with seventeen year old called Casey Becker answering a phone call with a man on the other end, who says he has the wrong number. However, he calls again and again. At first he just chats with Casey and asks her questions, but from there he quickly becomes very hostile, making threats against Casey's life. He explains, that if Casey can answer the horror based trivia questions right, she and her boyfriend, Steve get to live. The caller reveals Casey's boyfriend is tied up outside on the patio. She gets a trick question though, "Who is the killer in Friday the 13th?" The man on the other end doesn't say, if it is the series or the first film. She answers Jason but in the original film, it's his mother, Mrs. Voorhees. When she turns the patio lights back on, she finds Steve has been disemboweled.

The caller promises Casey another round, but Casey refuses. She then attempts to escape the house and onto the lawn, but is confronted by a cloaked figure wearing a mask and armed with a large knife. She is then chased down and gets stabbed repeatedly by the killer. At the same time, her parents arrive and find the house trashed. Panicked, her parents then rush out of the house only to see Casey's corpse hanging from a tree in the lawn.

Sidney Prescott is attempting to cope with the anniversary of her mother's brutal rape and murder. The following night, the killer begins to stalk Sidney, calling and making threats. Ghostface then breaks in and attempts to murder Sidney, chasing her up the stairs. However, Sidney manages to barricade herself in her bedroom and then calls the police, forcing the killer to flee the area.

Sidney tries to sort through the trauma of being attacked and, in reaction to circumstantial evidence, points an accusatory finger at her boyfriend Billy Loomis. She decides to stay at the home of her friend Tatum Riley and Tatum's brother Dwight, nicknamed Dewey. While there, she receives a phone call from the killer. He says, Billy Loomis is not the killer and she will find out who the killer is soon. He also tell her, that he also killed her mother.

Already under considerable stress, Sidney is forced to deal with the truth of her own attack by ambitious tabloid television newswoman Gale Weathers. Gale is responsible for a tell-all book revealing the promiscuous affair between Sidney's mother and her convicted killer, Cotton Weary. Her suspicions, that Cotton is innocent are increased through a conversation with her. Due to the spate of murders, school is soon canceled as a precautionary measure, leaving the building temporarily abandoned. Despite the closing, the school principal is stabbed to death by Ghostface while in his office at the school. Unaware of the principal's death, Tatum's boyfriend, Stu "Stuart" Macher, throws a huge party at his house. When Sidney and Tatum arrive at Stu's house they see Randy Meeks, a horror movie fanatic. Soon after the party begins, Tatum goes to collect some drinks from the garage, However, the door gets locked behind her. Ghostface then appears in the garage and brutally murders Tatum by jamming her head in the garage door.

Meanwhile, Gale sensing the potential for a major scoop, has hidden a video camera inside the house. She then goes outside and begins searching for anything suspicious, with the help of Dewey. The party goers soon receive word of the principal's death and the majority of them head to the school, leaving few people, including Sidney, alone in the house.

While Sidney and Billy are upstairs, the killer appears and stabs Billy. Sidney escapes out the window where she sees Tatum's dead body. Randy, unaware of what's going on and watching a horror movie, narrowly avoids death, when the killer hears Sidney's screams. Inside Gale's news van, her cameraman Kenny lets a terrified Sidney inside. Kenny and Sidney witness the killer nearly kill Randy on the video, but it has a 30 second delay and when Kenny steps outside the van, his throat is slashed by the killer.

Sidney escapes the van to find Dewey stepping out of the house but falls down to reveal a knife in his back. Sidney runs to Dewey's car and tries to escape but the keys aren't there, the killer shows her that he has taken the keys, then tries to kill her, but he fails. Sidney runs back to the house where she finds Randy and Stu, who are presented as the only remaining suspects. When they both accuse each other of being t

he killer, Sidney does not know, who to trust and slams the door in their faces.

Billy comes falling down the stairs, alive but seriously injured. Billy asks for the gun, that Sidney has found and she gives it to him and he opens the door, letting Randy into the house, Randy makes a fuss that Stu has gone mad, Billy gives an evil smile to Randy and says "We all go a little mad sometimes", then shoots Randy, who falls to the floor seemingly dead. Billy tells Sidney the blood on his chest is corn syrup (as used in the production of Carrie). Sidney turns and finds Stu, who unveils the voice-changing box.

Finally, the truth is revealed: The murders were planned and carried out by Billy and Stu, as a means for getting revenge on Sidney's mother Mrs. Prescott. Sidney's mother had an affair with Billy's father, Hank Loomis and this was the reason for the demise of Billy's parents' marriage. It is also revealed that it was Billy who murdered Sidney's mother and not Cotton Weary, who was convicted of the murder based upon Sidney's testimony. Stu and Billy also reveal, they have abducted Sidney's father and it was his cellphone they used to make their ominous phone calls. They plan to murder Sidney and frame her father as the killer by shooting him in the head, making it seem he committed suicide after the murders. Stu and Billy then stab each other in non-vital places so it appear that they're the only surviving victims of Mr. Prescott's rampage. Things begin to fall apart though, when Billy stabs Stu too deeply and he begins to bleed profusely. Gale shows up and tries to shoot Billy, unfortunately the safety is on and he knocks her out. Billy is about to kill her, when Stu notices Sidney is gone. Sidney manages to surprise and stab Billy with an umbrella and he collapses on the floor. Stu tries to kill Sidney, but she gains the upper hand and pushes a television onto his head, killing him. Randy is shown to be still alive, which he credits to the fact that he's a virgin, but Billy is still alive and attacks Randy. He then attacks Sidney and is about to stab her, when Gale shoots him. Randy, back on his feet, warns Sidney that killers always "come back to life" for one last scare. Billy immediately springs to life and Sidney shoots him in the head, finally killing him. Sidney's father Mr. Prescott then appears and Sid and Randy untie him. Dewey is later shown being carried away on a stretcher, alive and conscious. Gale makes an impromptu report on the events of the previous night, as the authorities finally arrive on the crime scene.

The following is a list of notable deaths in Scream. The characters who are considered good are written in green, while the "bad" characters are red. If the character is neither good nor bad, the name is written in white.

Scream received mostly positive reviews from film critics, who appreciated the shift from the teen slasher films of the 1980s and their "endless series of laborious, half-baked sequels." Because of the success of the movie, three more sequels were made.

Following the release of Scream, the film has been accused on several occasions of inspiring copy-cat crimes.

In January of 1998, 16-year-old Mario Padilla and his 14-year-old cousin, Samuel Ramirez, stabbed Mario's mother, Gina Castillo, 45 times. This became recognized as the "Scream Murder" after the boys admitted to being inspired by Scream and Scream 2. The two boys confessed to planning to use the money from Gina's murder to fund a killing spree. They wanted to purchase two Ghostface costumes and a voice-changer, like the one used in the film.

During the trial, a psychologist who studies the effects of violence on children stated, "There were a whole bunch of reasons why they acted out that way, but did the movie provide a blueprint? Absolutely!"

The court case was expected to highlight the effects of violent media on teenagers, but presiding judge John Cheroske ordered that evidence pertaining to Scream be barred. He also requested that the case not be referred to as the "Scream Murder." Finally, he barred the media access to the courtroom, stating simply that he intended for the case to be a murder case and nothing more.

On January 17, 1999, 13-year-old Ashley Murray was stabbed multiple times by his friends Daniel Fill and Robert Fuller. Despite the multiple stab wounds, Murray survived after he was found by an elderly man walking his dog.  The duo who stabbed Murray became known as the "Scream Attackers" after they confessed to watching Scream shortly before the attack. Drawings of Ghostface's mask were found among their possessions as well. Their actions were also blamed on their home life, where they were exposed to physical abuse, drugs, and several instances of black magic. Murray however maintained in his testimony against the pair that the film was their primary influence in the attack.

Following the Columbine High School Massacre, perpetrated by Eric Harris and Dylan Klebold, the media turned a heavy focus towards the effects of violent films, games, and other media on teenagers. The United States Senate Commerce committee held a hearing about Hollywood's marketing ploys towards youth culture. The committee focused primarily on horror films. The opening scene of Scream, featuring the murders of Steven Orth & Casey Becker, was shown as an example of negative media, which could be viewed by children. 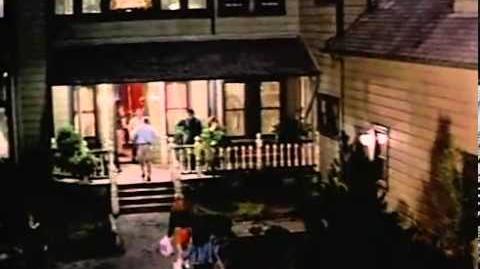