Silent Hill: Revelation is an horror film that opened on October 26, 2012. It was written and directed by Michael J. Bassett. The movie was based around the mythos of Silent Hill and is the sequel to the 2006 film, Silent Hill.

When her adoptive father disappears, Sharon Da Silva is drawn into a strange and terrifying alternate reality that holds answers to the horrific nightmares that have plagued her since childhood.

Heather Mason and her adoptive father, Harry Mason spent the past few years moving from town to town and assuming different identities. Heather believed that they are on the run from the police because Harry killed a man in self-defense and her adoptive mother, Rose died in a car crash. In fact, Harry was protecting her from the Order, a cult of Silent Hill, a town haunted by shifting dimensions. Rose was able to free Heather (then Sharon) from one of the alternate dimensions using one half of a talisman called the Seal of Metatron, but Rose remained trapped in Silent Hill.

Heather met a fellow student named Vincent Cooper, but was haunted by hallucinations of Silent Hill. She was approached by a private investigator named Douglas Cartland regarding her identity. Heather warned Harry, but he was abducted by the Order and taken to Silent Hill. Unaware about this, Heather went to a mall to wait for Harry, but entered the mall's Otherworld. Douglas explained that he was hired by the Order to find Heather, but decided to help her when he discovered who his clients are. A monster, the Missionary killed Douglas, but returning to the real world, Heather fled, leaving her a suspect to Douglas' murder.

Vincent escorted her home, but they found a message instructing Heather to go to Silent Hill. Heather learned the truth by reading a letter from her father and decided to go to Silent Hill to rescue him. She took the other half of the Seal of Metatron which was stored in her house. Heather and Vincent travelled to the town, but stopped at a motel where Vincent revealed that he was the son of the Order’s leader, Claudia Wolf, and was sent by her to convince Heather to willingly come to Silent Hill. He revealed that Heather was a part of Alessa Gillespie, a girl who was burned 38 years ago by the Order, leading her to create the town's shifting dimensions. A shift to the Otherworld occurred and Vincent was dragged away by the Missionary after telling Heather to find his grandfather, Leonard who possessed the Seal of Metatron's other half.

Heather ventured into one of the alternate dimensions to find Leonard. She encountered Alessa’s mother, Dahlia who revealed that Claudia intended to complete a purpose intended for Alessa at her burning. Heather found Leonard who after informing her that the Seal of Metatron will reveal "the true nature of things," he fused Heather's half of the amulet with the one that he possessed and became a monster. After knocking Heather out and taking her away, she awoke and retrieved the amulet from his body which killed him. As she ran away, she encountered Pyramid Head and hid from him while noticing Vincent being dragged off by the Order after being deemed insane by Claudia for betraying them.

Heather saved Vincent and they went to Lakeside Amusement Park where the Order's sanctuary was hidden. Dark Alessa, the manifestation of Alessa’s wrath confronted Heather who embraced her counterpart, absorbing her and making Alessa complete once again. Heather confronted Claudia who was holding Harry and Vincent hostage. Claudia explained that Alessa's destiny was to be the incubator for a deity worshiped by the Order. The deity will punish all sinners upon it's birth and Heather's destiny will be complete. Realizing Leonard's words, Heather gave Claudia the Seal of Metatron, revealing her to be the Missionary. Heather summoned Pyramid Head who killed the Missionary, allowing Heather to rescue Vincent and Harry.

As the fog faded from the town, Harry decided to stay in Silent Hill to find and free Rose, leaving Heather in Vincent's care. They managed to hitch a ride on a truck driven by Travis Grady away from the place. At the opposite, a couple of police cars followed by a prisoner transport was entering the area of Silent Hill which was consumed by the fog. In a post-credits scene, Pyramid Head was seen walking through an unknown area in Silent Hill.

In December 2006, Silent Hill writer/director Christophe Gans announced that Sony had officially ordered another installment in the Silent Hill film series. Gans stated that he would like to return to the franchise, if his commitment to Onimusha did not bar him from participating. Gans also confirmed that Roger Avary would be back to write the script.

In 2007, producer Don Carmody stated that a screenplay was slowly being developed and that "[Gans is] involved pretty heavily in another project right now" and would likely not return as director. As well, Avary said that he would not be returning to collaborate on the next film on the account that Gans would not be returning, either.

In September 2009, Sony Pictures announced that Roger Avary and producer Samuel Hadida were officially signed on the project and that filming would begin in 2010. Hadida stated that production would begin upon completion of Resident Evil: Afterlife. However, later that month, Roger Avary was sentenced to a 1 year jail term, and was unable to participate in the film's production.

In November 2009, Don Carmody told Shock Till You Drop that Christophe Gans was unlikely to return for the sequel, and that they were going to make the sequel "more accessible to a wider audience." Carmody stated that the film would feature a character from the first movie who is now older, implying that Sharon Da Silva or Alessa Gillespie would be returning, although Jodelle Ferland announced that she had not been contacted for the role.

In August 2010, Carmody said the sequel had "stalled" due to Avary's imprisonment, but that he still wanted to be involved with the film and had a basic outline for it.

In November 2010, it was announced that Lions Gate has begun pre-sales on the next installment and that Michael J. Bassett would direct the film, titled Silent Hill: Revelation 3D. Bassett revealed he had written his own screenplay, apparently replacing Roger Avary. He added that he would bring back as many of the core creative team as he can from the first film to keep its look and feel, but add "more darkness and fear into the mix as well".

Before filming began, Bassett was open to suggestions in casting the woman to play Heather, allowing fans to post the names of actresses on his blog that they believed could play her, provided that the actress can realistically portray an eighteen-year-old and has experience in other films. Adelaide Clemens was eventually chosen for the role of Heather.

On July 14th, 2012, Michael J. Bassett appeared at the San Diego Comic Con. He showed two clips from the movie. The first was a short clip showing the Mannequin Monster, and the second showed Vincent tied to an operating table surrounded by Nurses. 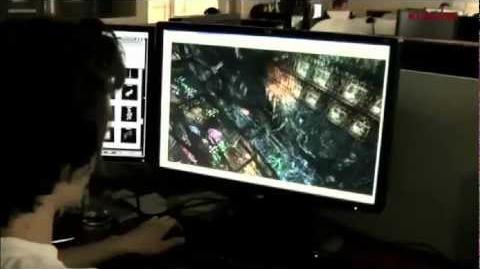 Retrieved from "https://horror.fandom.com/wiki/Silent_Hill:_Revelation_(2012)?oldid=126100"
Community content is available under CC-BY-SA unless otherwise noted.