Slender Man is a 2018 American supernatural horror film directed by Sylvain White and written by David Birke, based on the character of the same name.

The film was announced in May 2016, and much of the cast signed on a year later. Filming took place in Ayer, Massachusetts in June and July 2017.

Released in the United States on August 10, 2018, Slender Man has grossed over $51 million worldwide. Although a modest box office success, it received a largely negative reception from critics and audiences alike. However, some praise was drawn to the portrayal of the Slender Man character and soundtrack.

In a small town in Massachusetts, a group of friends, fascinated by the internet lore of the Slender Man, attempt to prove that he doesn't actually exist... until one of them mysteriously goes missing.

In a small town in Massachusetts, four friends, Wren, Hallie, Chloe and Katie summon the Slender Man. A week later, Katie disappears and the other three girls go to her house to investigate for clues. The three discover that Katie had been involved in the occult and that she wanted the Slender Man to take her.

Wren, suffering from frightening visions, searches for a solution while Hallie unsuccessfully attempts to move on. A short while later, Lizzie, Hallie's younger sister, suffers a major panic attack and is sent to the hospital and sedated. Hallie discovers Wren had attempted to come into contact with the Slender Man again, with the help of Lizzie.

In May 2016, it was reported that Sony Pictures had started developing Slender Man based on the supernatural mythical character created by Eric Knudsen, with the screenplay to be written by David Birke. Sony's Screen Gems was in talks with Mythology Entertainment, Madhouse Entertainment, and It Is No Dream Entertainment to produce and distribute the film.

On January 4, 2017, Sylvain White was hired to direct the film, while producers on the film would be Mythology's Brad Fischer, James Vanderbilt, and William Sherak, Madhouse's Robyn Meisinger, and No Dream's Sarah Snow.

On May 22, 2017, cast was announced including Joey King, Julia Goldani Telles, Jaz Sinclair, Annalise Basso, Talitha Bateman (who would later be replaced by Taylor Richardson) and Alex Fitzalan. In July 2017, Kevin Chapman joined the cast as an emotionally defeated, alcoholic father.

On January 2, 2018, the first teaser poster was revealed, with a teaser trailer the following day. Reactions were mixed, with some online publications describing the trailer as taking a "traditional, low-budget horror route".  A second trailer was released on July 26, 2018.

Slender Man was available on Digital HD on October 19, 2018, and on Blu-ray and DVD on October 31, 2018 by Sony Pictures Home Entertainment.

Slender Man grossed $30.6 million in the United States and Canada, and $21.2 million in other territories, for a total worldwide gross of $51.7 million.

In the United States and Canada, Slender Man was released alongside The Meg and BlacKkKlansman, and was projected to gross $8–12 million from 2,109 theaters in its opening weekend. The film made $4.9 million on its first day, including $1 million from Thursday night previews, and went on to debut to $11.3 million, finishing fourth at the box office. It fell 56% to $5 million in its second weekend, finishing eighth.

On Rotten Tomatoes, Slender Man holds an approval rating of 7% based on 71 reviews, with an average rating of 3.2/10. The website's critical consensus reads, "Slender Man might be thin, but he's positively robust compared to the flimsy assortment of scares generated by the would-be chiller that bears his name." On Metacritic, the film has a weighted average score of 30 out of 100, based on 15 critics, indicating "generally unfavorable reviews". Audiences polled by CinemaScore gave the film an average grade of "D–" on an A+ to F scale, while PostTrak reported filmgoers gave it an "awful" 38% positive score; social media monitor RelishMix noted that "the majority's feeling toward [the] film" was negative.

David Ehrlich of IndieWire gave the film a D, writing "a tasteless and inedibly undercooked serving of the Internet's stalest creepypasta, Slender Man aspires to be for the YouTube era what The Ring was to the last gasps of the VHS generation. But... there's one fundamental difference that sets the two movies apart: The Ring is good, and Slender Man is terrible."

Slender Man is scheduled to be released by Screen Gems on August 10, 2018. It was previously slated for May 18, 2018 and August 24, 2018 release. Prior to, Screen Gems shopped the film around to other distributors following disagreements between the studio and producers, regarding the release.

In May 2018, it was reported that the film is being shopped to other distributors due to disagreements between the producers and Screen Gems on the release strategy.

Marcus Theaters decided not to screen the film in their theaters in Waukesha and Milwaukee Counties in Wisconsin, out of consideration and respect for those impacted by the real-life events.

After the film was released, it was reported that Screen Gems mandated a PG-13 MPAA rating and reworked the original script, as well as forcibly editing out several major scenes over fears of public backlash, which resulted in massive transition and continuity issues. This came after Bill Weier's comments on the production. The studio also reportedly had never shown any support of the development of the project to begin with.

The girls walking in the woods.

Hallie in the woods.

Hallie and Wren in the street.

Hallie in the stairs.

Hallie in a foggy forest.
Add a photo to this gallery 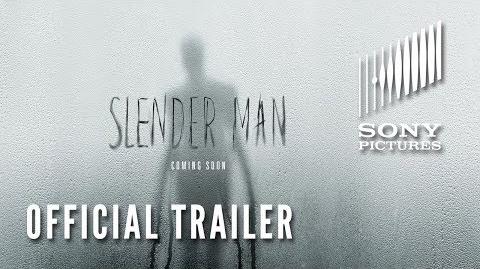 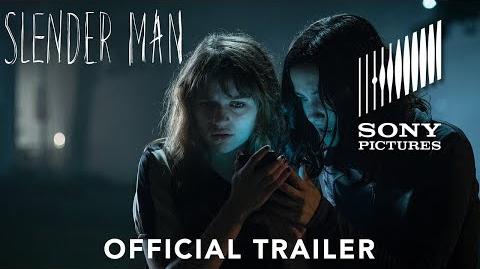 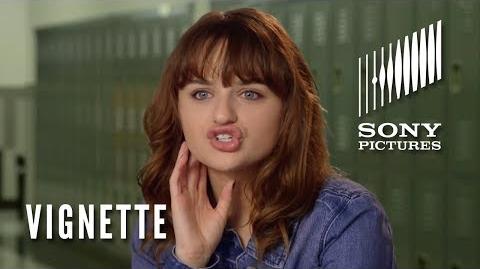 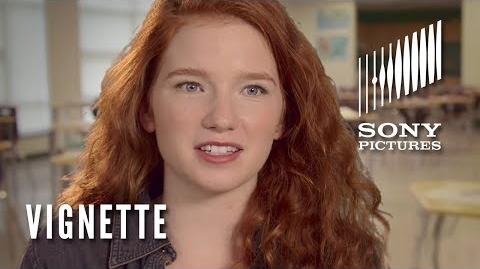 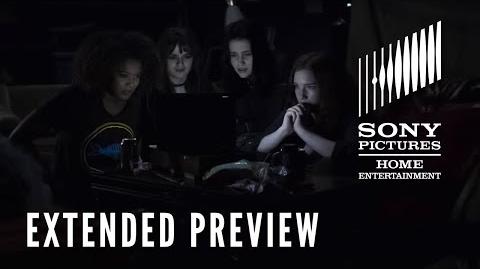 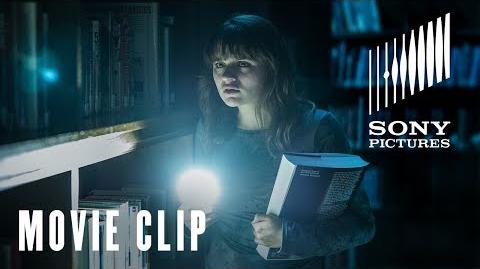 
Cite error: <ref> tags exist, but no <references/> tag was found
Retrieved from "https://horror.fandom.com/wiki/Slender_Man_(film)?oldid=134582"
Community content is available under CC-BY-SA unless otherwise noted.