This page needs improvement. It can be improved by: information

Species is a 1995 American science fiction horror film directed by Roger Donaldson, and starring Natasha Henstridge, Ben Kingsley, Michael Madsen, Alfred Molina, Forest Whitaker and Marg Helgenberger. The film is about a group of scientists who try to track down and trap a killer alien seductress before she successfully mates with a human male.

The film produced one theatrical sequel in 1998, Species II, which had Henstridge, Madsen and Helgenberger reprise their roles. It was then followed by the direct-to-video Species III in 2004 and Species: The Awakening in 2007, which stands as a stand-alone film, not as an official follow-up to the previous three films.

In 1993, the Search for Extra Terrestrial Intelligence Project (SETI) receives transmissions from outer space, one of them detailing an alien DNA structure, along with instructions on how to splice it with human DNA. The experiment is made and the result of it is Sil, a sensual but deadly creature, who grows very fast, is very strong and has a very agressive subconscious behaviour manifested during sleep and a correspondingly second, hidden face.

Government scientist Xavier Fitch, responsible for Sil, is worried and decides to kill her. She flees and, in a very short time, changes from a girl into a beautiful woman, who can change to an armour-plated killing machine in the blink of an eye when threatened. Xavier, foreseeing its implications, assembles a team of scientists and mercenaries lead by Preston Lennox to locate and destroy her before she manages to find a mate and breed, which would mean the end for the human species as the dominant species on Earth on the long run.

She arrives Los Angeles by train and the hunt begins. During her attempts to breed she acts ruthlessly and even kills people. Being aware that she is being hunted by this team of hunters she fakes her death successfully, then changes her blond hair colour into black and finally finds a breeding mate. It is Dr. Stephen Arden.

She has sex with him while everyone celebrates her presumed death. Dan Smithson, however, realises through his empathic abbilities, that she is alive and informs the others, but they come too late. She becomes pregnant of him and kills him after that.

However, the rest continue with their task. Smithson find the child and kills it and Preston Lennox, the killer expert of the team manages to kill Sil in the nick of time before she is able to kill them. After that they go away from there. 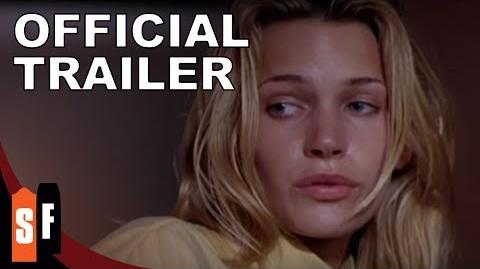 Retrieved from "https://horror.fandom.com/wiki/Species_(1995)?oldid=123840"
Community content is available under CC-BY-SA unless otherwise noted.