This page needs improvement. It can be improved by: pictures, list of deaths, quote, trivia, external links

The Boy (previously known as The Inhabitant) is a 2016 American psychological horror film directed by William Brent Bell and written by Stacey Menear. The film stars Lauren Cohan and Rupert Evans. Filming began on March 10, 2015, in Victoria, British Columbia. The film was released by STX Entertainment on January 22, 2016.

Greta Evans, a young woman from Montana, escapes an abusive relationship by getting a temporary job as a nanny for the British Heelshire family. Upon arrival to the United Kingdom and the Heelshire residence, Greta introduces herself to Mr. and Mrs. Heelshire before meeting the elderly couple's young son, Brahms.

To Greta's surprise and amusement, Brahms is a porcelain doll, treated like a living child by his "parents." The real Brahms perished in a fire back in 1991, at the age of eight. Mrs. Heelshire, referring to the porcelain doll, states that Brahms has met "many nannies," all of whom were "rejected." Before the Heelshires leave on holiday, they give Greta a list of rules to follow, warning that Brahms is not a normal child.

Initially, Greta follows a relatively normal routine, choosing to ignore the rules set in place for Brahms. She regularly calls her sister, Sandy, and befriends the Heelshire's flirtatious grocery boy, Malcolm. Soon after Greta's refusal to follow Brahms' rules, strange things begin to happen--a child's sobs are heard in the hallways, phone calls are cut off and Brahms seems to move on his own, vanishing before reappearing in other sections of the house. After Greta is locked in the attic by an unseen force and served a peanut-butter-and-jelly sandwich outside her door, she begins to believe that Brahms' spirit lives on in the doll. Meanwhile, the Heelshires are seen on a coastline writing a good-bye letter to Brahms and filling their pockets with rocks before committing suicide by drowning.

After Greta demonstrates Brahms' ability to move by himself, Malcolm begins to frequent the house. He informs Greta that the real Brahms was friends with a young girl about his age, who disappeared after a playdate with him in the forest. The girl's body was later found with her skull crushed. Malcolm warns Greta not to stay in the house, but Greta, having previously suffered a miscarriage, feels obligated to care for Brahms and begins to follow his rules.

One evening, Greta discovers her ex-boyfriend Cole playing pool in the Heelshire's home. Cole, having tracked Greta, is determined to bring her home. He becomes angered by the appearance of a message written in blood, presuming that Greta wrote it to scare him away. After a brief fight with Greta and Malcolm, Cole destroys the porcelain Brahms, and the house begins to shake. An adult human Brahms crawls through a shattered mirror, wearing a mask identical to the doll's face.

Brahms immediately attacks the group, killing Cole and pursuing Greta and Malcolm through the house. Greta flees the house at Malcolm's urging, but feels guilty for abandoning him and returns. In the attic, she finds photos of Brahms' childhood friend, and discovers a room with a mannequin wearing her dress and jewelry. Greta realizes that Brahms has been alive all along, moving the porcelain doll through the house, stealing her possessions, and watching her every move. The Heelshires, presumably held hostage by their son, offered Greta (and the nannies before her) as a form of sacrifice to Brahms for "his keeping."

Greta uses Brahms' own rules against him when she confronts him, demanding that he go to sleep. After Brahms enters his bed, he tries to pull Greta in for his "good night kiss". Greta stabs and apparently kills him. She then escapes, rescuing Malcolm and leaving the Heelshire estate gate open behind her.

The film cuts to a scene of the open gate and then to a hand putting the porcelain doll back together, implying that Brahms is still alive. The film ends with a final glimpse of the repaired doll's eyes.

On July 14, 2014, it was announced that The Devil Inside's director William Brent Bell was set to direct a supernatural thriller, The Inhabitant, which Tom Rosenberg and Gary Lucchesi would produce through Lakeshore Entertainment, along with Roy Lee, Matt Berenson, Jim Wedaa, through Vertigo Entertainment. The script was written by Stacey Menear. On January 23, 2015, Lauren Cohan signed on to star for the lead role in the film, which by then had been retitled The Boy. On March 11, 2015, more cast was announced, which included Jim Norton, Diana Hardcastle, Ben Robson, Rupert Evans, and James Russell.

On March 10, 2015, filming on The Boy officially begun in Victoria, British Columbia, at Craigdarroch Castle, announced by the studios.

On Rotten Tomatoes, the film has a rating of 27%, based on 31 reviews, with an average rating of 4.2/10. Metacritic gives the film a score of 42 out of 100, based on 10 critics, indicating "mixed or average reviews". On CinemaScore, audiences gave the film an average grade of "B–" on an A+ to F scale. 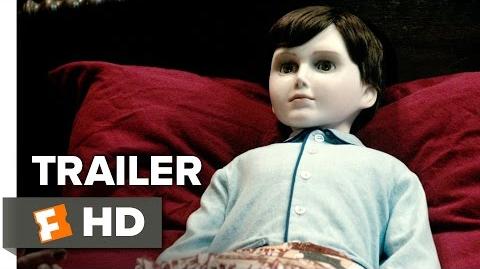 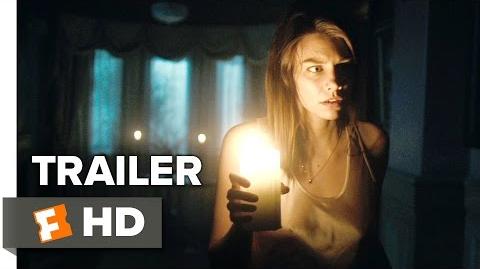