'The Bye Bye Man is a 2017 American supernatural horror film based on the chapter "The Bridge to Body Island" in Robert Damon Schneck's 2005's book The President's Vampire.

In 1969, a mass murder occurs in which a man kills people on his block. As he shoots the neighbors, he continuously asks if anyone spoke about "the name" which cannot be said. He also repeats the same thing over and over: "Don't say it, don't think it; don't think it, don't say it."

In present day, Elliot, his girlfriend Sasha, and best friend John move into an off-campus house not far from their college. Soon, mysterious things start to happen, such as Sasha developing a strange cough and Elliot finding coins in a nightstand that continually reappear. Elliot also finds writing consisting of "don't think it, don't say it", and a name: the Bye Bye Man. During a seance involving their friend Kim, the name is mentioned.

Sasha continues to become sick as Elliot and John start experiencing hallucinations and stranger activity. Elliot begins to suspect that Sasha is cheating on him with John. Elliot's brother Virgil also becomes suspicious. Kim is killed after she is struck by a train. Elliot is taken in for questioning by Detective Shaw, and is released when Kim's suicide note reveals she killed her roommate and was planning on killing Elliot, Sasha, and John.

The librarian shows Elliot a dossier about the Bye Bye Man; a teenager killed his family and told a reporter that the Bye Bye Man made him do it. The same reporter later became the mass shooter during the '60s, who killed himself after realizing people knew about the Bye Bye Man. Elliot also visits the widow of the reporter, who reveals that the curse causes insanity, hallucinations, and eventually death. Signs of his coming are coins mysteriously appearing, sounds of a train, and a large, skinless hound. The only way to prevent it is to not think of his name or speak of him. If someone already knows, they must be killed. The librarian is hit by Elliot's car by accident, after she killed everyone in her home, coming for Elliot next.

Sasha and John are also suffering from the hallucinations. Elliot finds John stabbing Sasha. He shoots John, but after he picks up the corpse, it is revealed to have been Sasha that was stabbing John; therefore, Elliot killed Sasha. The Bye Bye Man appears and gives Elliot a hallucination. Elliot keeps Virgil and his daughter Alice away long enough for him to shoot himself with a gun. Virgil and Alice get away before the entire house goes up in flames.

While riding home, Alice reveals she found the coins from the nightstand near the trash, along with the writing. However, she could not read it due to her poor night vision. Detective Shaw arrives at the scene, where John is found to be alive but wounded. He struggles to whisper "Bye... Bye..." but the screen cuts to black before the sentence is finished.

The Bye Bye Man received generally negative reviews. It has a 23% rating on Rotten Tomatoes, based on 64 critics. On Metacritic, the film has a score of 37 out 100, based on 22 critics, indicating "generally unfavorable reviews". 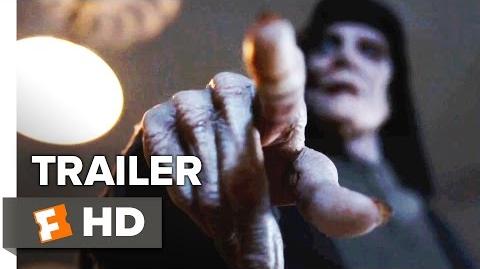 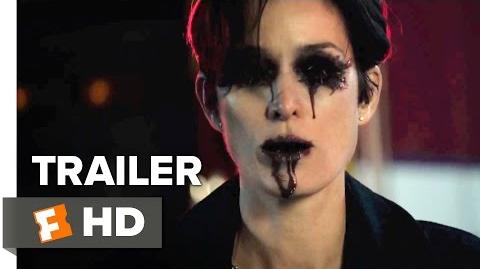 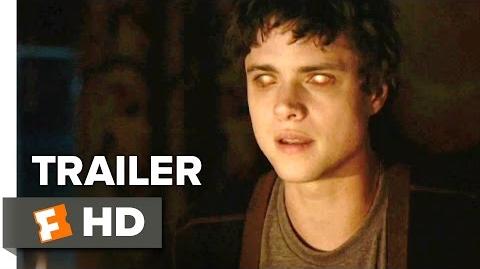 Retrieved from "https://horror.fandom.com/wiki/The_Bye_Bye_Man?oldid=126154"
Community content is available under CC-BY-SA unless otherwise noted.