The Purge
The Purge: Anarchy

In 2040, sixteen years after The Purge: Anarchy, Sergeant Leo Barnes (Frank Grillo) is now head of security for Senator and anti-purge presidential candidate, Charlene "Charlie" Roan (Elizabeth Mitchell). Her opposition against the Purge stems from her own experiences, as her family was killed in 2022, by sadists during the Purge. Although her standpoint makes her popular amongst voters, the New Founding Fathers see her as a danger that is best eliminated as quick as possible. And what better time than during the Purge. After pulling some strings, they manage to get the two of them outside, ready to be purged... 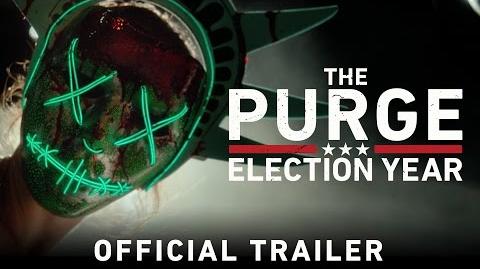 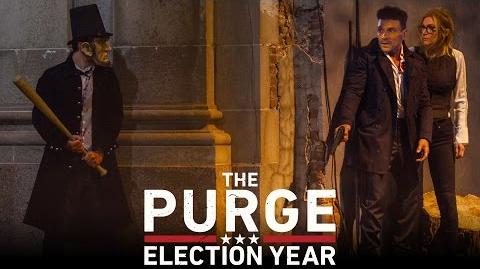 The Purge Election Year - Official Trailer 2 (HD)
Add a photo to this gallery
Retrieved from "https://horror.fandom.com/wiki/The_Purge:_Election_Year?oldid=123027"
Community content is available under CC-BY-SA unless otherwise noted.