The Ruins is a nature-strikes-back/Animal & Nature film, directed by Carter Smith. It was released in 2008. The story of the film is based on Scott Smith's novel of the same name. Scott Smith was also the one who wrote the screenplay.

The story is based around the discovery of an ancient Mayan Temple. The ruins are covered by an unknown plant that isn't as innocent as they appear to be.

Warning: this text contains details about the plot/ending of the film.
Two archaeologists, Heinrich and a female colleague find an ancient temple, only to disappear mysteriously. The only other one who knows of the temple is Mathias, the brother of Heinrich. But before Mathias and his Greek friend Dimitri go to visit his brother (at this point, he had no clue of his brother and collague going missing), they meet two American couples and friends: Amy, Jeff, Stacy and Eric. After befriending them, Mathias tells them about the temple and a map that lead to this temple. He invites them to come along, which they accept.

When they arrive at the in plant-covered temple, they find it completely abandoned. But from the moment they touch the temple, they find themselves unable to leave. Mayan villagers has appeared from the forest, surrounding them. As they try to leave, the villagers start waving their guns and bows. Dimitri tries to explain their situation but the Mayan speak neither Spanish and English and when Dimitri comes too close, they shoot him dead. Next, they force the group to climb the temple. On the top of the temple the group finds the base camp of Mathias' brother, as abandoned as the temple. They also find a shaft leading into the bowels of the temple. With no phone of their own, not one with signal anyway, they are trapped on the top of the temple as the Mayans won't leave. After a while, they hear the ringtone of a phone instead the temple, likely that of the phone of Heinrich or his colleague. Mathias decides he will retrieve the phone, which he recognizes as his brother's, and descends into the temple with a rope. This plan goes horribly wrong when the rope snaps and Mathias falls down; he ends up breaking his back and remaining paralyzed.

This is the last straw for Jeff and Amy, who descend from the side of the temple in an attempt to try to talk with the Mayans. The Mayans doesn't understand what the couple is trying to say and aren't planning on releasing them. They threaten the couple with their weapons as they don't. In pure desperation, Amy throws a clump of the vines near the temple at the Mayans. The vines lands on a little boy who panics when it touches him. But from the moment the plant touches his skin, the rest of the group don't want to have anything to do with him. When he tries to get to his people, the kid is no longer allowed to. Hysterical, he runs towards them but is shot dead. Shocked by this outcome of events, Jeff and Amy quickly return to their friends. It is clear that something about the vines scared the Mayans, and since they have touched the vines as well, they aren't allowed to leave anymore. Stacy and Amy go in search of the phone, deep inside the temple, but this attempt is unsuccessful. Later, Jeff and  Eric retrieve the broken Mathias from the temple but his condition doesn't look good. In the morning, they discover that the vines have infected his lower legs and have eaten them down the bone. They are unable to remove these vines but decide to wait.

When they hear the phone again, Amy and Stacy descend once more in the temple, this time to find the body of Heinrich's colleague with a broken phone. It is now that they discover what the plant is capable of as the flowers mimicked the sound of the phone. When touched, the plant becomes hostile and tries to kill them, a fate they barely escape. After some discussion, they decide to stay as help would be on its way. But while waiting, Mathias' condition gets worse, forcing Jeff to take drastic measures. With the help of the rest, Jeff amputates the infected legs of Mathias, who isn't able to feel anything as his back is broken. First he breaks the kneecaps, dislocating the lower legs before cutting them off. To prevent him from bleeding to death, the wounds are cauterized with a frying pan. This makeshift amputation appears to be more painful that it should have been and causes distress in the group. To put hurt to injury, Stacy believes that Eric is cheating on her with Amy. This idea is reinforced by the plants who mimic the sounds of a female moaning. Things take a turn for the worse as the plants suffocate Mathias later that night.

Nobody trusts anybody anymore and Stacy becomes crazy and cuts herself wildly to rid herself from plants. Trying to stop her mad episode, Eric tries to reason with her but before he get the chance, she accidentally stabs him in the chest, killing him. Stacy pleads with Amy to end her suffering and kill her as well. Stacy later dies due to the infectious plants. With most of their friends dead, Jeff and Amy realize that they will die soon. Jeff comes with an escape plan involving him sacrificing himself as Amy poses as a corpse, covered in Stacy's blood. The plan is successful and as Jeff is shot with arrows, Amy is able to run for her life while being chased by the Mayans. Narrowly escaping her chasers, she manages to get in the jeep and flee. She gets away alive as Jeff is mercy killed by the Mayan Leader. In the unrated version, Amy discovers that she is in fact carrying the plant inside her as the vines move under her skin and her eyes fill with blood.

The film cuts to a few weeks later, as Dimitri's friends come to the temple to find their friend. Their fate is ambiguous but likely they will suffer the same fate as the other visitors of the temple.

The alternative ending takes place in a graveyard where Amy was buried after she died. As he passes her grave, he hears the tune he's whistling coming from the grace. On closer inspection, he finds the red flowers of the vines and reaches out to touch them...

According to The Miami Herald, "Smith was two-thirds done with the book when Ben Stiller's production company, Red Hour Films, bought the screen rights based on an outline. 'They told me they wanted me to write the screenplay, too,' Smith says. 'So while I was writing the last third of the book, I already knew I'd be adapting it for the movies.'

Director Carter Smith said, "If the audience is going to buy that this vine moves and can get into your body and all that, the world of the film has to be absolutely realistic. We took elements from lots of different real-life plants when designing our vine. It's in practically every single shot in the film after the characters reach the hill, so it has to look like something that could really be growing there. But it also has to look menacing once you realize what it is capable of doing."

The film received mixed reviews from critics. As of 6 October 2013, the review aggregate website Rotten Tomatoes reported that 48% of critics gave the film positive reviews, based on 95 reviews.

Among critics who gave the film favorable reviews, James Berardinelli gave the film three stars out of four, saying, "The Ruins does what a good psychological horror movie should do: rely on tension rather than gore to achieve its aims. This bleak, edgy motion picture isn't concerned with appealing to the masses that flock to multiplexes to enjoy the spatterings of the latest serial slasher or the hollow weirdness of a PG-13 ghost story."

The Miami Herald gave a mixed review: "The Ruins is, with one major caveat, about as good an adaptation of Scott Smith's bestselling novel as Hollywood was ever going to make...except for a stray shot here and there – like a glimpse of the vine's tendrils making off with a severed foot – the great potential for unintentional guffaws is mostly avoided."

The Ruins was released on DVD on 8 July 2008 in both R-rated and unrated versions. It debuted at #4 on the DVD Sales Chart, selling 189,128 copies. As of 3 August 2008, The Ruins has sold 343,414 copies. The R-rated edition includes a commentary by director Carter Smith and editor Jeff Betancourt, three featurettes (Making The Ruins, Creeping Death, Building The Ruins), additional scenes (Rain, Celebration, Going Over The Escape Plan, Alternate Ending), and trailers. The unrated edition includes the theatrical cut and extra material, and also an alternate ending and optional commentary with additional scenes. An unrated Blu-ray Disc edition is also available with identical features. 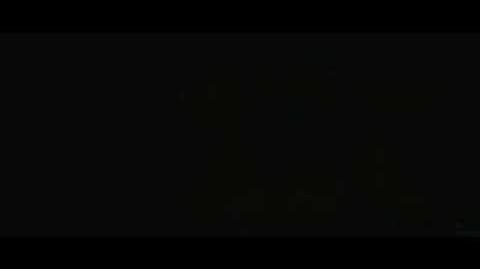 Retrieved from "https://horror.fandom.com/wiki/The_Ruins_(2008)?oldid=142158"
Community content is available under CC-BY-SA unless otherwise noted.