Universal Pictures is an American film production and distribution company. It is currently the primary motion picture arm of the larger Universal Studios. Universal was founded by former clothing store manager Carl Laemmle, Sr.. Universal began as the Yankee Film Company in 1909, then evolved into the Independent Moving Picture Company and finally became known as the Universal Film Manufacturing Company in 1912. Laemmle brought many of his own family members in to work at the studio and by the late 1920s, he handed the reigns of the company over to his son, Carl Laemmle, Jr..

Rise of the Universal Monsters[]

Universal Pictures was one of the major power houses behind the creation of the American horror film. Under Laemmle Sr.'s direction, Universal produced two silent films that have become staples of the genre; 1923's The Hunchback of Notre Dame and 1925's Phantom of the Opera, both of which starred the "Man of a Thousand Faces", Lon Chaney, Sr..

It wasn't until 1931 however that Universal begat the first of what would become known as the "Universal Monsters" franchise. Director Tod Browning released Dracula starring Bela Lugosi and British director James Whale made Frankenstein starring Boris Karloff. These films launched the careers of both Lugosi and Karloff, but also turned them into typecast actors, who could never fully escape the horror genre. Karloff then went on to establish the next franchise monster, Imhotep, in the 1932 film, The Mummy.

James Whale soon adapted another literary novel to the big screen, this time drawing material from H.G. Wells' classic The Invisible Man. This movie likewise spawned a family of successors, although Whale was only associated with the first one. Whale reluctantly returend to the Frankenstein mythos to direct the 1935 film, The Bride of Frankenstein, arguably, the first horror movie sequel.

It was in 1941 that Universal created it's next horror movie icon - the Wolf Man. Directed by George Waggner and based on a script written by Curt Siodmak, The Wolf Man effectively established Lon Chaney, Jr. as a horror movie icon. Like Lugosi and Karloff, Chaney soon found himself typecast and was unable to satisfactorily pull himself out from the shadow of his infamous father.

Lugosi, Karloff and Chaney formed the crux of the Universal Horror milieu, often playing opposite one another in a wide range of films. Although Dracula would become Lugosi's most famous role, he also played a bit part as Bela the Gypsy in The Wolf Man. He later donned the bolts and platform shoes of the Frankenstein Monster for the 1943 film Frankenstein Meets the Wolf Man. This was the first film to cross-pollinate the franchises and begat what has since become known as "Monster Rally" movies. Dracula, Frankenstein and the Wolf Man would all share screen time in two more films together, 1944's House of Frankenstein and 1945's House of Dracula. Chaney would also play multiple roles and is the only actor amongst Universal's stable who has played Dracula, the Frankenstein Monster, the Wolf Man and the Mummy. Although Chaney's Kharis the Mummy carried the spotlight for all four Mummy sequels, the character is the one Universal Monster who never teamed up with or fought against any of the others. The final film to feature the "big three" Universal Monsters is oddly enough, the horror-comedy Abbott and Costello Meet Frankenstein in 1948. For this film, Bela Lugosi reprised the role of Dracula one last time. Although Lugosi is traditionally associated with the character of Dracula, he only portrayed him in two films and the films were set seventeen years apart. Abbott and Costello Meet Frankenstein also included a cameo (non)-appearance by Vincent Price as the Invisible Man. This film, sadly, was the swan song appearance of the classic Universal Monsters.

By the 1950s, Universal had broken away from the gothic horror monster mash films that had dominated the previous decade. With the rise of the "Nuclear Age", the horror genre in general began to evolve into the domain of science fiction. 1954 saw the introduction of one last monster to spawn a three-film franchise in the form of the Creature from the Black Lagoon. Arnold followed up this runaway hit with a sequel in May of 1955 called Revenge of the Creature. The three-part saga of the creature conlcuded in 1956 with The Creature Walks Among Us.

The Atomic Age of horror was not exclusive to Universal Pictures however. In 1955, the Japanese prodcution company Toho Productions immortalized themselves in science-fiction history with the introduction of a mutated dinosaur who breathed radioactive blasts of fire named Godzilla. This "giant monster" or Kaiju sensation found a home in other production houses as well. In 1955, Creature from the Black Lagoon director Jack Arnold showed us a world where arachnids ran amok in Tarantula. This formula continued to gain popularity and it wasn't long before Universal produced similar films such as 1956's The Mole People, The Deadly Mantis and Monolith Monsters.

While the rest of the world were running, screaming in terror from gill men and giant insects, the ever-affable vaudevillians, Bud Abbott and Lou Costello continued to churn out laughs while occasionally suffering torment wrought by the likes of the Mummy and Dr. Jekyl and Mr. Hyde.

A new breed of madman[]

Universal Pictures did not do a lot for the horror genre during the 1960s, however, they were responsible for the distribution of a film that many say changed the face of horror forever. Released in June, 1960, Alfred Hitchcock's Psycho brought suspenseful thrills to a whole new level with the introduction of Norman Bates (played by Anthony Perkins). The film quickly garnered great notoriety and Janet Leigh's gruesome shower scene death is considered by many to be the most infamous horror movie scene of all time. Psycho stood as a stand-alone film for nearly two decades, but ultimately, it too managed to generate three sequels (appropriately named Psycho II, Psycho III and Psycho IV). 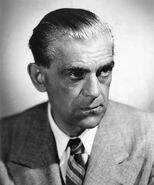 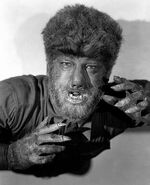